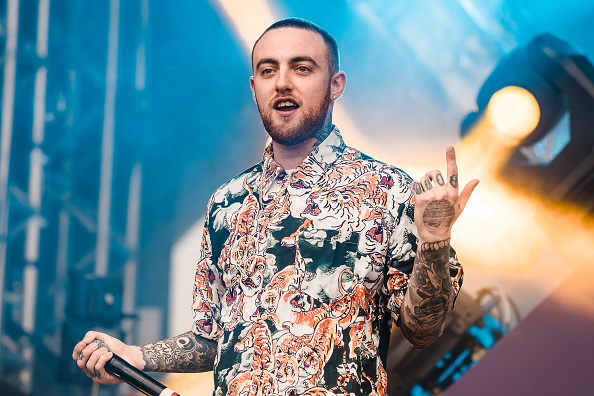 Only three days before his death, Mac Miller performed “Hurt Feelings” in front of a small crowd. That would be the Pittsburgh rapper’s final performance. Mac Miller was found dead in his Los Angeles home on Friday from an apparent drug overdose.

Performing in an intimate setting at the Hotel Café in Hollywood, Mac Miller mesmerized the crowd of 100 people in attendance. Miller performed the song “Hurt Feelings” with a four-piece band in an effort to promote his latest album “Swimming,” which was released in August.

Vulture published a Mac Miller profile on Thursday, one day before his death. In what would be his last interview, Mac Miller AKA Malcolm McCormick talked about the pressure of being famous and his public perception.

“A lot of times in my life I’ve put this pressure to hold myself to the standard of whatever I thought I was supposed to be, or how I was supposed to be perceived,” Miller told Vulture. “It’s annoying to be out and have someone come up to me and think they know. They’re like “Yo, man, are you okay?” I’m like “Yeah, I’m fucking at the grocery store.” You know? It’s the job. This is what I signed up for.”

“I feel like the public perception of me varies on who you ask,” the rapper said. “But there’s a bit of a freedom in knowing that people are going to think all types of shit, no matter what. It actually makes me less stressed about how my actions are perceived. It’s out of my control.”

You can read the entire Mac Miller profile HERE.

“I was doing a lot of drugs around that time, which is another difference now: I’m not doing as many drugs. It just eats at your mind, doing drugs every single day, every second. It’s rough on your body. That was the plan with Faces: [Closing song] “Grand Finale” was supposed to be the last song I made on earth. I don’t feel that way as much anymore.”

He admitted that he was “not completely sober, but I’m way better than I was at that point.” He added, “This is my life, I enjoy it, and it’s OK that I enjoy it. It’s OK that I’m young and rich. Let’s have fun.” Miller ended by saying, “I’m not 100 percent clean, but I’m not a piece of shit anymore. I can look in the mirror and be like, ‘I look OK.'”

In a recent development in the death of Mac Miller, TMZ is reporting that it appears that the rapper’s home was “almost swept clean.” Law enforcement allegedly said that there was almost “no evidence of drug use” except for a “tiny amount of white powder” when they investigated the Los Angles home.

“Cops believe Mac OD’d on drugs, and our law enforcement sources say it makes no sense to them that someone who consumed a fatal dose would have the foresight to scrub the house of pill bottles, illegal drugs as well as drug paraphernalia on the off chance they might die,” TMZ reported.

We will share more details about Mac Miller’s death when they become available.

Mac Miller performed “Ladders” With Jon Batiste and Stay Human on The Late Show with Stephen Colbert three weeks before his untimely death.