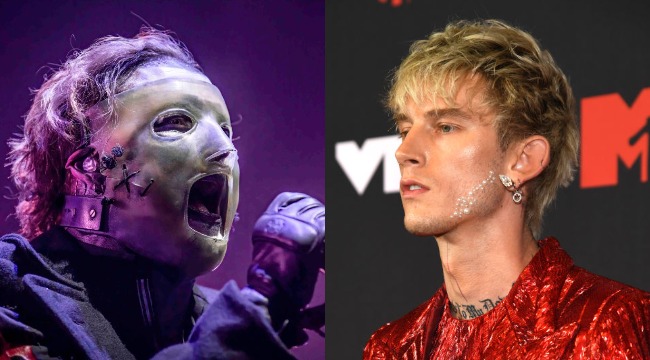 If you’re over the age of 35, chances are you don’t like Machine Gun Kelly.

Not because you detest his music, or his very public displays of affection with your celebrity crush, or his manufactured grunge look.

You probably don’t like MGK because he doesn’t like you. The Cleveland rapper-turned-rocker has already age-shamed one of the greatest musical artists of all-time in Eminem.

From his diss track Rap Devil:

At Riot Fest in Chicago Sunday night, the 31-year-old took aim at the Grammy Award-winning heavy metal band Slipknot, who was performing on another stage during MGK’s set. 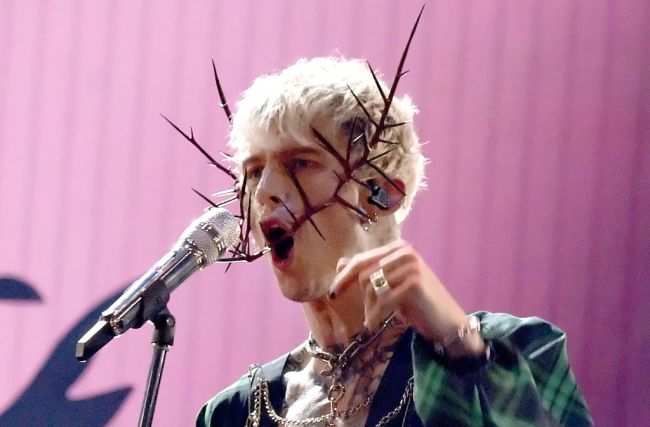 According to the Chicago Sun-Times, Machine Gun Kelly followed up with another dig: “Turn the lights up. Let me see who chose to be here instead of with all the old weird dudes with masks.”

MGK’s bitterness could be attributed to Slipknot frontman Corey Taylor’s thinly-veiled attack on a particular artist who failed in one genre and took up another. The following was pulled from Taylor’s appearance on the podcast, Cutter’s Rockcast, back in February.

“I [hate] the artists who failed in one genre and decided to go rock—and I think he knows who he is,” Taylor said. “But that’s another story. I’m the worst and I hate everything. People are used to that with me, though. But I have also encouraged a younger generation to think past the boundaries of what we listen to.”

Regardless of whether Slipknot initiated the feud months ago, Machine Gun Kelly waiting nearly seven months to retaliate in front of thousands of people was not well received by the rabid Slipknot fanbase.

Eminem fans and Slipknot fans coming together against MGK pic.twitter.com/ofg9be44er

MGK: -leaves rap after trying to diss one of the most influential artists in the genre ever-

no discourse towards MGK will ever beat this pic.twitter.com/Vlb0pxbisL

MGK probably gonna be 50 still hitting on teenagers so I'd say he can't say shit against Slipknot lol https://t.co/w9vj22bWu0

Corey Taylor played concerts with a broken neck while MGK was waxing poetic about how he thought 15 year olds were hot.