Unluckiest Man Alive Drops $3,000 Engagement Ring In Pond During Proposal, And The Scene Was Caught On Film 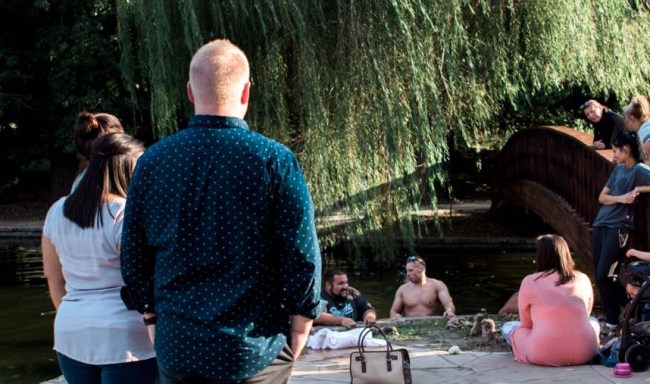 File this one under: Fucking Shit Luck, Bro.

A Missouri man who just dropped $3,000 on an engagement ring watched it drop into a pond and out of his life forever, like a really expensive turd flushed down an algae-filled toilet.

Seth Dixon was proposing to his girlfriend, Ruth Salas, in Loose Park on Saturday when he fumbled the ring box and the diamond sphere slipped through the cracks and into the pond.

“We freaked out,” Salas added. “It ping-ponged from one plank to another. You could hear a little plop.”

The moment was caught on camera by the couple’s friend, Maddie Villareal, who stayed with the couple as they rummaged through mud and sticks to try to retrieve the ring. The couple returned to the scene of the crime the next day, hiring a man with a metal detector in hopes of finding it. No dice.

Seth and Ruth then went to church, where they corralled several good people to wade through the swamp. Check out this shitshow.

“We probably had 25 people there. I think we had like 12 people in the water all at once,” said wedding photographer Staci Dabney. 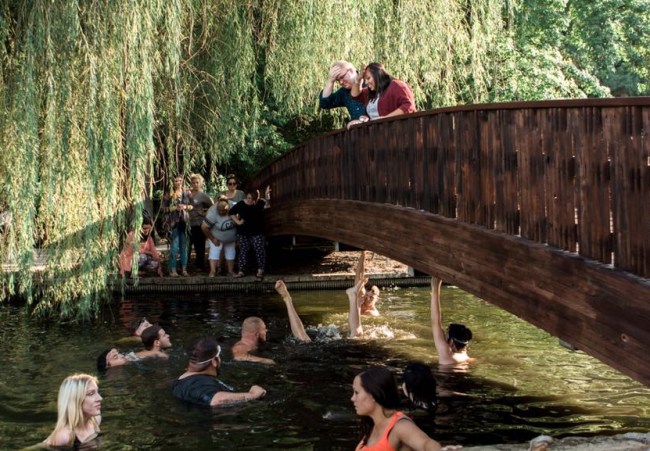 No one was able to spot the ring, and Seth is now still stuck with making the payments.

“It’s been a roller coaster of emotions, to be honest,” Ruth said. “Honestly, I’m happy and excited that we’re finally engaged. Just sad I don’t have a ring to show for it.”

The couple has started a GoFundMe page to replace the lost ring, which at the time of me writing this has only reeled in $261. This story is in the early stages of going viral, so the odds of Ruth getting a ring on that finger are very good seeing as we’re Americans and we help each other out. Except me, I’m broke and am going to dive in that pond, retrieve the ring, and sell it on eBay.

Too soon, I know.

For real though, if you got a few extra bucks, throw them their way. I’m planning on donating a few bills. Anonymously of course.