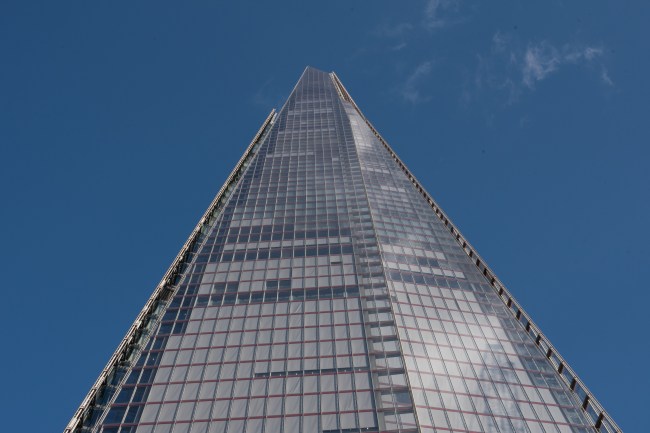 A man with no capacity for fear scaled Britain’s tallest building, the Shard, without ropes early Monday.

The man, who was recently identified as nineteen-year-old George King, was filmed just after 5 a.m. free solo-ing up the 1,017-foot, 95 story building.

People out that climbing the shard on a Monday morning, I can’t even get out of bed in time.

Someone is climbing up The Shard!!! 🤯 pic.twitter.com/4yWG0CZ6Rt

King identifies himself as a ‘stuntman and urban climber’ shared a video of the 45-minute climb on his Instagram page, claiming that he’s wanted to climb the Shard since he spotted it on a school trip when he was 13 years old.

Speaking to LADbible, George said: “I didn’t feel scared… an hour before, obviously there were nerves but as soon as I was walking towards The Shard and I knew that this was what I was going to do, all the fears subside and it’s just pure focus. The purest form of focus you can possibly have.”

A Metropolitan Police spokesperson said the man eventually went into the building as he neared the top, where he was met by the most forgiving policemen ever.

“Emergency services attended and the man went inside the building where he was spoken to by officers. He was not arrested.”

King made headlines last year when he free-climbed the world’s tallest freestanding climbing wall in 15 minutes.

Meanwhile, I get winded free-climbing a flight of stairs.