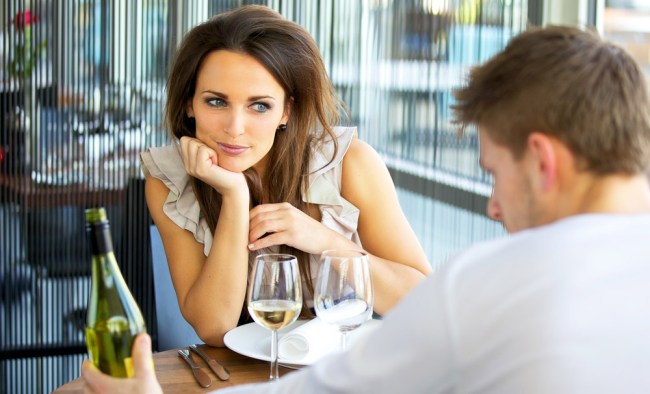 For those who cite statistics that a woman makes 80 cents to a man’s dollar, I’d present opposing stats that prove the difference is more than made up for on first dates.

I did the Tinder, Bumble, Hinge, Stalk A Stranger Outside Her Bedroom Window, Match, Coffee Meets Bagel thing for two full years when I moved to New York and I genuinely believe men should be able to use first dates as a tax write-off. I spent more money on women I now couldn’t pick out of a lineup than I have contributed to my 401K in the past decade. And for what? An ass-out hug and a Tuesday morning hangover?

In any event, I know I’m not alone. I know this resonates with some of you. I’m sure some of you have been out with women who won’t stop talking until the bill comes. It should be harder to sip a $14 cosmo with alligator arms, but I stand corrected, ladies.

I do a lot of bitching for someone who doesn’t do shit about shit.

That’s where this anonymous hero comes into play. A woman named Amanda ghosted a dude after he bought her drinks and tacos on a first date. This strong man would not stand for the injustice. 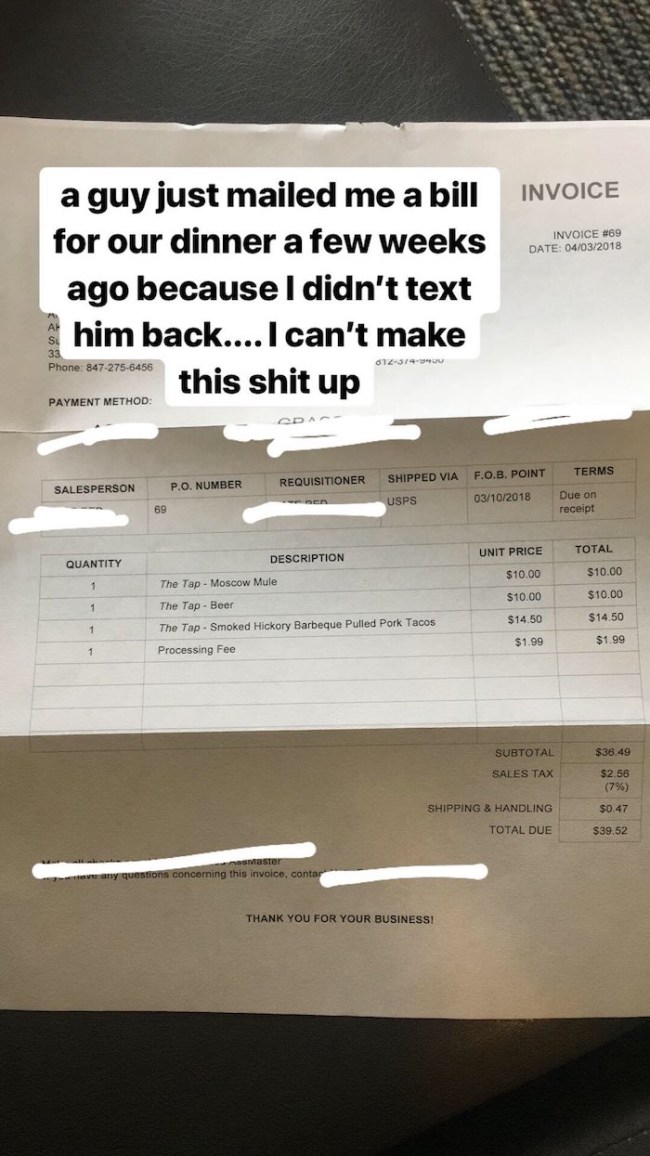 When Amanda was late with her payment, he followed up. As he should. 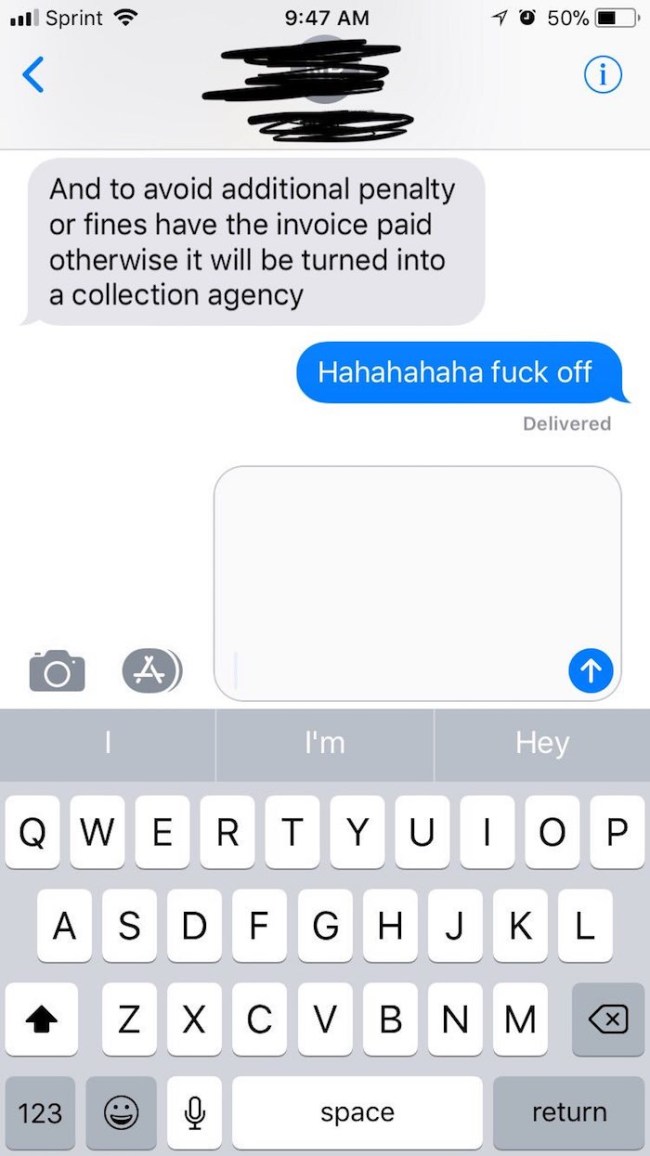