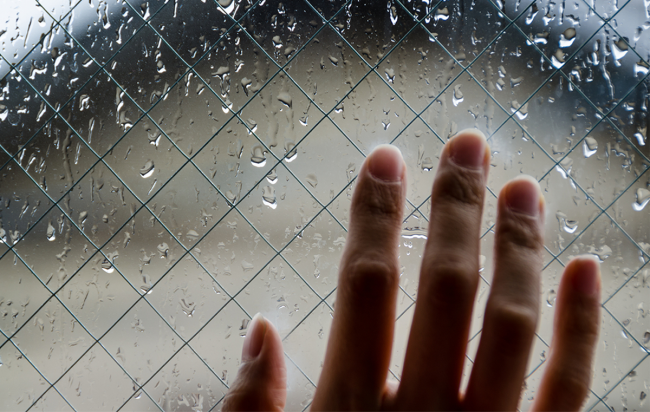 If you’ve ever had to live with roommates, there’s a very good chance you have more than a few horror stories about being thrust into sharing a space with people you’ve never met and know literally nothing about until you move your stuff in.

For example, I once found a room in an apartment that was home to three other people and discovered the person I shared a bedroom wall with just so happened to be an aspiring violinist who would practice for hours on end (and also invited her boyfriend to move in a week after I arrived without bothering to give anyone a head’s up.)

This period in my life took place at a time when “going out” was still a thing you were allowed to do, and I eventually learned to use the horrid screeching as my cue to post up at a bar for a couple of hours. However, if I’d found myself in that situation while occupying our current reality, there’s a very good chance I would’ve been hit with a destruction of property charge after reaching a point where I could no longer resist the urge to give the instrument the Pete Townshend Treatment.

Based on a recent report from The Guardian, it appears one man in England who had already gotten the whole “crime” thing out of the way before entering lockdown recently reached a breaking point after getting fed up with the people he found himself hunkering down with.

According to a member of the Mid Sussex Police (who shared the news in a tweet accompanied by a GIF of a Minion that everyone over the age of 40 on social media is apparently required to include when they post,) the wanted criminal in question willingly surrendered after deciding he’d rather be in prison than be forced to spend another second with his cohabitants.

Peace and quiet! Wanted male handed himself in to the team yesterday afternoon after informing us he would rather go back to prison then have to spend more time with the people he was living with! One in custody and heading back to prison to serve some further time on his own pic.twitter.com/zCwLo0fgDQ

English residents have been required to stay at home for the past month unless they have a “reasonable excuse” for leaving, although Prime Minister Boris Johnson recently provided the country with a glimmer of hope after teasing a plan that would allow residents to ease back into some state of normalcy in the coming months.

It’s unclear what crime the man was charged with or how long he’ll remain incarcerated if he does indeed end up literally locked down after getting the change of scenery he craves, but I would love nothing more than to learn what hell he had to endure to decide this particular route was the ideal option.