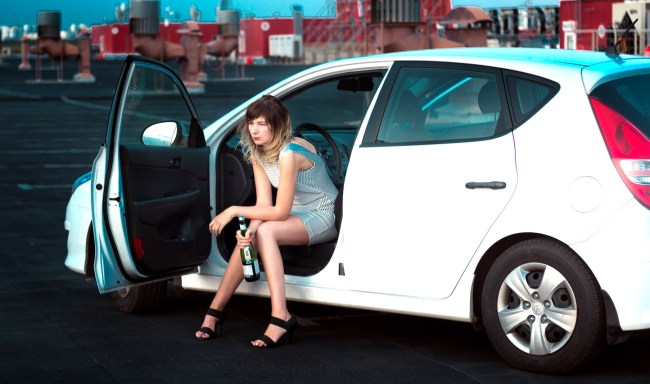 Most of us have gone on a bad date or two at various points in our lives. That being said, even for those who a bad date seems like a regular occurence, one would be hard pressed to top this woman who men a guy on a dating app only to have him rob a bank while they were beginning their first date.

The man, Christopher Castillo, 33, of Chepachet, Rhode Island, was recently sentenced to three years in prison for armed robbery plus another two years in jail for assaulting three police officers who arrested him, according to The Sun Chronicle. (Amazing this didn’t happen in Florida.)

The woman, Shelby Sampson, 40, matched with Castillo on an unnamed online dating app told police that she picked him up at his parents’ house in Rhode Island and they drove to North Attleboro as he drank wine in the passenger seat.

Two A+++ signs that he’s a keeper. He’s 33 and she picked him up at his parents and slams wine during the half-hour drive to the date’s destination.

As they were driving, Castillo asked her to stop the car near Bristol County Savings Bank, got out of the car and went inside.

This has got Hollywood movie written all over it. Lol. Christopher Castillo sentenced after robbing bank on first date and forcing woman to drive getaway car - The Washington Post https://t.co/MQxytWkvbc

The next time she saw him he was running back to the car sweating, carrying a hat, a pair of sunglasses, a .44 caliber gun, and $1,000 in cash.

He then told Sampson, accoridng to CNN, to “Fucking go!” which she did, until she saw police cruisers flashing their lights at her and pulled over into a Dunkin’ parking lot, getting out of the car in rapid fashion.

When police pulled Castillo out of the vehicle he struggled with the officers and spit at them.

Sampson, who had only met Castillo that day, was initially charged with being an accessory after the fact, but the charges were later dropped. One can assume because she’d already had to live through one of the worst first dates ever.

Related: Woman Rejects Guy After First Tinder Date, When He Agrees With Her She Goes COMPLETELY Nuclear