Is It Weird That Margot Robbie And James Gunn Are Really Big Fans Of Rats? 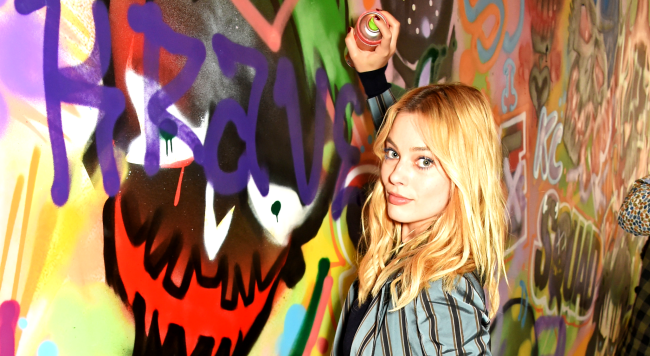 How do we know this? Because, as you may recall, while filming the first Suicide Squad movie Jared Leto gave his co-star Robbie a rat. (No, it was not a dead rat as was widely reported. It was alive.)

Leto, who played the Joker to Robbie’s Harley Quinn in the first film, gave out some VERY bizarre gifts to his fellow cast members while shooting the film.

Related: Margot Robbie Says No One Told Her Harley Quinn’s Fate In The Snyder Cut, Playing Her Is ‘Exhausting’

One of those gifts was a live rat that he gave to Robbie. A rat that she now says she kept after the movie was completed.

“I had a pet rat when we did the first movie,” Robbie admitted to Jimmy Kimmel. “His name is Rat Rat. When we shot Suicide Squad Mr. J gave me a rat and he became a beloved pet. We called him Rat Rat. He liked beer and bath time.

“And then the landlord of the place I was renting found out I had a rat and said Rat Rat had to go. Then Jai Courtney who plays Captain Boomerang said ‘I’ll take Rat Rat’ and then his landlord wasn’t cool with that either. Then one of the costumers on the job took Rat Rat and then she had to give Rat Rat away. She gave him to Guillermo Del Toro’s daughters apparently have rats so in the end Rat Rat’s a bit of a star f–ker really.”

In addition to Margot Robbie, James Gunn, the director of the new Suicide Squad movie (AKA the greatest comic book movie ever), is also apparently a big fan of rats.

“We have a rat who by the name of Jaws who we worked with a lot and then a rat by the name of Crisp Rat, who which is named after my friend Chris Pratt of course,” Gunn told Kimmel. “They were our main acting rats they played Sebastian the rat in the movie. Then we had about 300,000 animated rats.”

Gunn is such a fan of rats, he thinks having one as a pet is a stellar idea.

“I made the Guardians of the Galaxy movies and after we put Rocket in that movie suddenly I got all these notes from all over the world of people having pet raccoons and they’re terrible pets,” recalled Gunn. “Rats are the best small animal pet in the world. They’re better than gerbils, they don’t bite like hamsters, they’re not like crazy stupid like guinea pigs, they’re as smart as a horse. For people that want a small pet a rat is the very best.”

…a rat is the very best… Uh huh… sure. Whatever you say, James.