Maria Sharapova Is Retiring From Tennis So Let’s Give Her The Proper Sound-Off She Deserves! 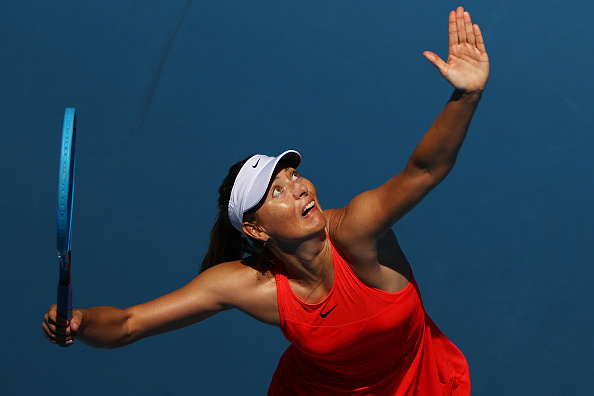 Maria Sharapova is leaving tennis. In an exclusive essay for Vanity Fair and Vogue, the tennis legend reflects on her career, looks to her future, and asks: How do you leave behind the only life you’ve ever known? https://t.co/q2UO5INjFI

There she goes. Maria Sharapova is retiring from tennis. And with that, the sport becomes… a lot quieter.

I remember I had a huge crush on her the first time I saw her play because I was watching her on a TV in a doctor’s office waiting room (no sound). That crush went poof the next time I saw her play with volume. Her grunting is one of the most absurd, obnoxious things I’ve ever seen.

In a sport where the chair umpire routinely asks the crowd to be silent during a point, it made no sense that she was allowed to legitimately scream every time she hit the ball. Watch this shit:

She wrote up her retirement speech in an article in Vanity Fair. It doesn’t mention her doping scandal. Nor does it mention the time she was engaged to Sasha Vujacic, and how he would come to all her matches. That was pretty cool, I thought. They would have had very tall babies. Loud though. Screaming, tall babies.

Her piece reads like an Athlete’s Tribune piece—a bit fluffy, not a whole lot to really sink one’s teeth into. Even so, you can’t ignore how big of a force, and face, she was for tennis for all those years. Twitter sent her off with a lovely swan song, waving their white handkerchiefs and dabbing tears of appreciation as she begins this next chapter:

After spending her entire career on meldonium, she never reached a final without it. Before the drug ban she was considered the comeback queen. Post ban, she struggled to get out of the first round. Asterisk on her titles?

Welp when you dope and you don’t have it and your body turns on you! 🤷🏾‍♀️🤷🏾‍♀️

Tennis legend? Suck up much?

I would hate to be famous in the days of Twitter. I don't know much about her but I doubt that she deserves this much hate from people that haven't accomplished anything close to what she has.
Twitter is a hate factory.

Thanks for the mems, Maria!