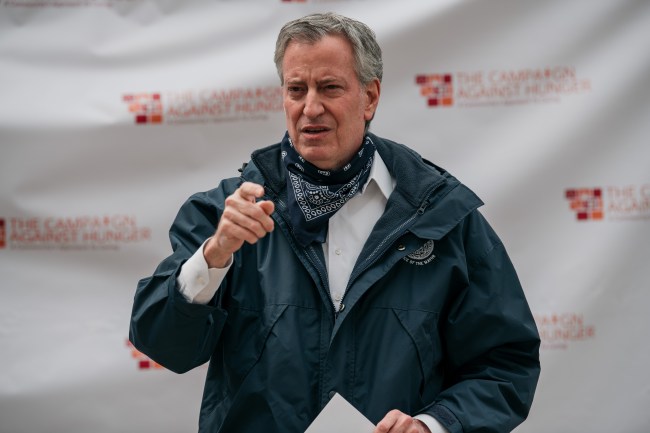 You can't change the past & will always have blood on your hands.

If I were you, I'd be working night & day to help those in most dire need. Maybe start with your inadequate homeless services. pic.twitter.com/i71ulg7Hvl

First, I don’t have a dog in this fight. De Blasio? Whatever. Haven’t done enough reading to share an opinion on the guy. But what I DO know is that listening to this social justice warrior scream at the mayor makes me wish I were deaf. God ALMIGHTY shut up dude. What a fucking nightmare that guy’s voice is. If you’ve ever wondered how a woke twitter dinner party sounds, it’s six people yelling at the same time in this voice. Is he right? Maybe! We can’t know because we can’t separate his voice and his complaining from the substance of his points. This guy was the kid who ran to the principal when he lost in tetherball and threw a fit about the unfairness of the game. Something tells me he also ate lunch in the principal’s office.

Is there some hypocrisy in De Blasio trekking all the way to Prospect Park for a walk with his wife? I guess so? If you’re keeping the box score at home. But getting a four-car chauffeur to take you there is called being the Mayor of New York City. Welcome to the security requirements of holding office, Darren.

There’s more hypocrisy in Darren getting mad at a guy for coming to walk in the same park that he, Darren, is walking in. “This is the epitome of non-essential travel,” says Darren, who travelled to the exact same place for the exact same reason. Who cares how far they traveled. It’s a nice day and people want to be in the park, which clearly they’re allowed to do given that there are hundreds of people in this video.

But hey, keep doing God’s work Darren. You really showed the mayor. Perhaps now, he’ll reconsider walking in the park with his wife on a sunny day.

PS- Darren is man for Karen.