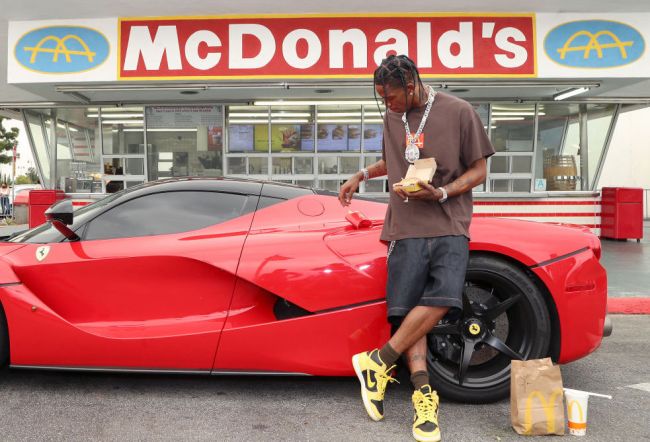 There’s really not much you can do to prepare yourself for the lifestyle changes that come with the world being thrust into a pandemic, and when that scenario unfolded earlier this year, everyone had their own unique way of coping with things.

I initially turned to the tried-and-tested (and ultimately unsuccessful) strategy of using booze to solve your problems and the only reason alcohol wasn’t responsible for the majority of my caloric intake during that phase is that it usually led to me ordering McDonald’s to cure my late-night cravings for greasy food and/or deal with the hangovers that greeted me with far too much regularity in the morning.

I don’t even want to know how much money I contributed to McDonald’s bottom line in delivery fees alone during one of the darker periods in my life but it apparently wasn’t enough to cancel out the hit the chain took as a result of the world going to shit. However, the company has been doing what it can to recoup those losses and recently rolled out a spicy version of its iconic McNuggets, which is what caused my “Days Since I Had McDonald’s Delivered” counter to reset this morning as it closed in on the triple-digit mark.

While I would not describe myself as a huge fan of Travis Scott, I also attempted to order the custom Quarter Pounder that appeared on the menu last week as part of a collaboration with the hip-hop artist because it sounded pretty damn tasty.

However, I quickly got a call from the restaurant and was informed they didn’t even have the ingredients to make a normal Quarter Pounder thanks to the avid listeners who’ve been confusing the hell out of the poor employees who’ve never heard of this “Cactus Jack” guy that’s been sending a flood of customers their way.

It turns out this isn’t an isolated incident, as USA Today reports a McDonald’s spokesperson told them the reaction to the promo has been “so lit” (yes, they used those words) that locations around the United States are grappling with a shortage of the burger meat, bacon, sliced onions, and shredded lettuce that comprise the signature sandwich.

it wouldn’t be a true @trvisXX collab if it didn’t sell out in some stores, right? https://t.co/urQuFVWaMz

The collaboration was a year in the making and McDonald’s apparently already had plans to team up with other big names that will undoubtedly be pursued based on the success of this push. I can only hope they’ll be able to prevent me from being subjected to the kind of disappointment I had to deal with today when they roll out similar promos in the future.