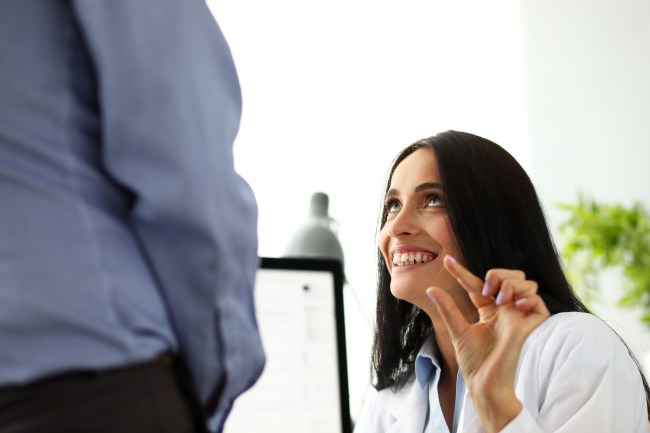 The definition of “being a man” means something different to us all. For some, it is merely holding down a good-paying job and taking care of the family. Others gauge their masculinity based on being the toughest son of a bitch in the crowd, someone who is ready at the drop of the hat to beat the holy living hell out of anything that moves. But there are those guys who hold the basis of their manliness in the palm of their hand. Or at least they wish they could fill it up. These are the ones who feel less than macho with the scrawny appendage that the Pecker Department over at the Universal Creation Company attached to them before they were shot out of the great vagina in the sky. “We’re all out of eight inchers, Paul.” So, to fight back against getting the short end of the stick, so to speak, many are running down to their neighborhood plastic surgeon to have their dongs beefed up to a more impressive size. And they have no qualms whatsoever about dropping tens of thousands of dollars to remedy the subpar manhood they were born with.

Dermal fillers are one of the hottest new trends in pecker augmentation procedures. Unlike dangerous surgeries that have been known to turn a man’s Johnson into a deleted scene from the Elephant Man, these fillers consist of an injection (typically hyaluronic acid) that goes under the loose skin of the shaft. They are designed to give a man a little extra girth, so he doesn’t look like a Ken doll when he walks around naked. Some reports suggest that an inch or two in circumference can be gained with this procedure. It can provide a man with around 18 months of the kind of thick dick energy he needs to go out into the world and not feel like a complete schlub.

“It’s very, very popular,” Dr. Norman Rowe, a board-certified plastic surgeon, said in an interview with the New York Post. “The numbers are up 25% over last year, and I do about 30 a month.”

Having this procedure done is not for those with small bank accounts. Getting your penis enhanced can cost anywhere between $3,000 to $48,000, depending on how many syringes a doctor has to use to get the job done. We’re not trying to judge anyone here, but just how small do you have to be to drop $48K on fattening it up? Hell, just pay your partners to lie to you. It’s easier than taking a needle in the junk.

But then again, it’s no surprise that more men are venturing out into the land of plastic surgery to get their peters pumped. Some surveys to emerge over the past several years show that around 60 percent of the male population is not at all happy with the size of their penis. Presumably, these are the dudes that can be seen driving around in exotic cars that scream, “I’ve got a four inch wiener, please love me.” They are the ones with more money than God, but the personality of a cardboard box and absolutely no charm or savoir faire. Still, it’s a superficial world we live in, so maybe, just maybe, there is something to be said about packing around a bloated rod. To each his own.

But is it worth it?

Medical professionals argue that having your penis inflated is not exactly a move that stands to provide any real benefit. It’s all cosmetic, really, Asif Muneer at the British Association of Urological Surgeons said during an interview with the BBC. What’s worse, he says, is this procedure could cause erectile dysfunction.

“All these augmentation procedures are mainly to increase your flaccid girth, and it will have no benefit on your erect length – so functionally it’s not going to improve matters,” Muneer explained. “If anything, it might lead to complications that will impair their sexual function later on.”

Still, if this is one of those procedures that you just can’t live without, it is smart to deal with only the best plastic surgeons. So do your research first. Because there have been plenty of cases of cut-rate physicians and fly-by-night quacks botching these injections, causing some men disfigurement and even death. But the fillers themselves are relatively safe, Dr. David Shafer told the Post. Just don’t go too big. This is the worst mistake a guy can make if he decides to get the injections. “Some definitely get into territory where there’s no condom on the shelf that fits,” Shafer said.

Just remember fellas, it is possible to put too much air in the tires. You don’t want to risk a blowout.