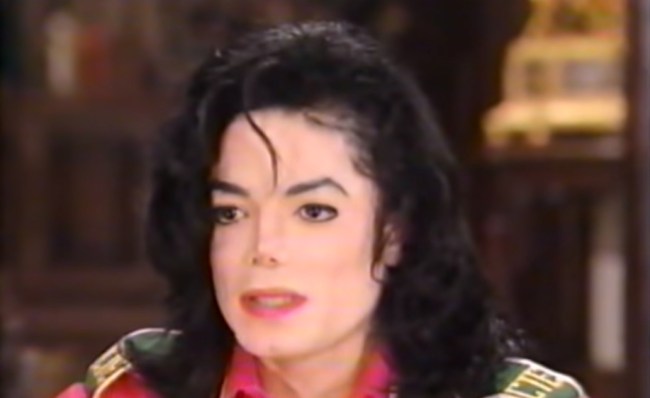 In 1986, there was a photo of Michael Jackson appearing to be sleeping in a hyperbaric oxygen tank. Many reports starting circulating at the time that the rejuvenation tank was in Jackson’s home and he slept in the chamber.

Michael Jackson's oxygen chamber where he took naps so he could live 'forever' found 10 years after his death https://t.co/11VsiwGLoA

According to the National Enquirer, Jackson purchased the tank because he believed it could help him live to 150-years-old. The chamber was said to slow the aging process. “I believe if I treat my body properly I’ll live to be at least 150,” the National Enquirer alleges Jackson said.

RELATED: Wade Robson Attempted To ‘Cash In’ On Michael Jackson Abuse Allegations By Shopping Book Before ‘Leaving Neverland’
Now, 10 years after Jackson’s death, Michael’s life-extending chamber has been located. The hyperbaric oxygen tank was found at a California warehouse. The chamber is reportedly being used by an alternative treatment company called Hyperbaric Modular Systems (HMS).

Hyperbaric oxygen chambers are generally used by burn victims, which Michael Jackson was after his accident in 1984. While filming a commercial for Pepsi, Jackson’s hair caught on fire and he suffered second and third-degree burns.

Pepsi and Jackson would later settle out of court and the soda company paid the singer $1.5 million. Jackson donated the money to the Brotman Medical Center in Culver City, California.

Adrian Garay, the president and CEO of HMS, claims that if Jackson would likely experience oxygen toxicity in the blood if he slept in it.

The National Enquirer alleges that Jackson used the hyperbaric chamber to improve his health and quoted the pop star as saying: “I’ve taken several long naps in a hyperbaric oxygen chamber and when I awoke I felt like a new person — I’ve never felt better.”

“I definitely want one for my home so I can sleep in it at night,” the celebrity gossip paper claims Jackson said at the time. “I plan to get one immediately.”

“In 1994 Michael expressed interest in having his own personal chamber,” Garay told the Daily Mail. “He approached Brotman Hospital and they sold the chamber he had donated back to Michael and it was installed in Neverland.”

The alleged oxygen chamber belonging to Jackson was then given to another hospital in Santa Monica, then they gave the machine to HMS as payment for work done. Jackson allegedly owned the Sechrist 2500B model, which is now obsolete.

Michael Jackson flat-out said that he never had an oxygen chamber in his home in a 1993 interview with Oprah Winfrey. Jackson told Oprah that the chamber that he is seen in was for his charity, “The Michael Jackson Burn Center.”

“Stupid, that’s stupid. It’s completely made up, and I’m embarrassed,” Jackson said of the rumor. There were also reports at the time that Jackson leaked the photos himself as a way to promote George Lucas and Francis Ford Coppola’s science-fiction movie Captain Eo, which he starred in. You can see talk about the hyperbaric tank at the 15-minute mark.

RELATED: Detectives Describe The Creepy Bedroom Where They Found Michael Jackson, Say He Wasn’t ‘A Man Who Should Have Died’