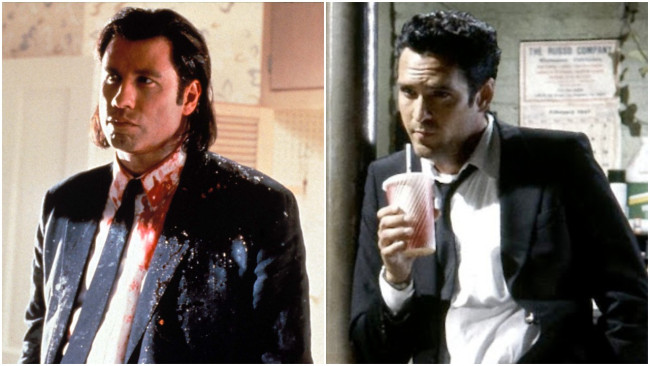 For all of the epic projects that he’s made, acclaimed auteur Quentin Tarantino is almost as well known for the project he never made, as his list of unmade films is perhaps more extensive than his actual filmography.

Of all those unrealized ideas, the most enticing has always been Double V Vega, a Pulp Fiction prequel that would have featured John Travolta’s Vincent Vega and Michael Madsen’s Vic Vega from Reservoir Dogs.

Tarantino previously revealed the plot of the unmade team-up film, saying that it would have taken place during Vince Vega’s stay in Amsterdam, which he mentions at the beginning of Pulp Fiction:

Remember, in Pulp Fiction he’s just come back from Amsterdam and he’s telling the whole story. He was like running some club for Marsellus (Ving Rames), and so he was probably there for like a couple of years.

So at some point, in his two-year stay in Amsterdam running some club, Vic (Michael Madsen) shows up to visit him. And it [the film] would have been about their weekend.

Exactly what happens to them or what kind of trouble they get into, I never took it that far, but it definitely would have taken place in Amsterdam and it would have been Vic visiting him.” [CinemaBlend]

In a recent interview with The Hollywood Reporter, Madsen provided further details about the legendary prequel that never was:

“We were supposed to be in Amsterdam, criminally. The picture was going to start out with the two of us being released from prison in different states. And we open up a club in Amsterdam,” Madsen said.

“He had come up with this idea that it would be the twin brothers of Vic and Vincent, who met after the deaths of their siblings. It was very complicated, but when Quentin starts discussing an idea, it’s very easy to go along with it.” [via The Hollywood Reporter]

Unfortunately, given the ages of John Travolta and Michael Madsen and Tarantino’s righteous disinterest in de-aging technology, it looks like we’ll never get to see Double V Vega, cementing its place atop of the list of unmade Tarantino films that we’d love to see.