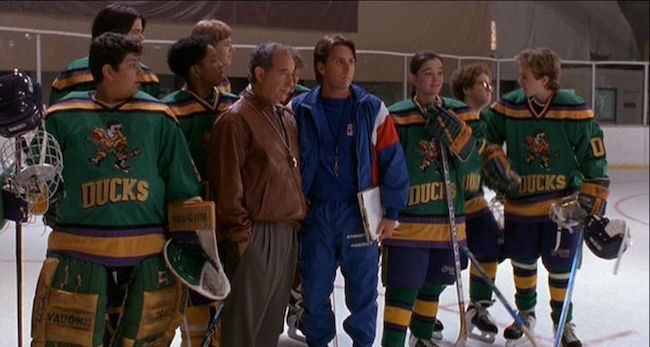 In 1981, the US men’s national hockey team shocked the world when they managed to topple the juggernaut that was the Soviet squad in the most unlikely upset in the history of the sport. A little over a decade later, a lawyer with a drinking problem and his ragtag group of underdogs gave “The Miracle on Ice” a run for its money when the Mighty Ducks turned the world of Minnesota youth hockey on its head by defeating the heavily favored Hawks in the state championship.

The Mighty Ducks might have come out over 25 years ago, but the tale of Gordon Bombay and his dark horse team still holds up to this day. It’s been two decades since the franchise’s underwhelming third installment hit theaters, but it will have a chance to redeem itself now that Disney is planning to reboot the series as a television show.

According to The Hollywood Reporter, Disney has been scouring their intellectual property archives to avoid having to come up with original ideas, and it appears The Mighty Ducks is a prime candidate for a reboot. This wouldn’t be the first time the series has been adapted into a television show, but it can be assumed this version won’t feature a group of anthropomorphic cartoon ducks facing off against their reptilian overlords.

The Mighty Ducks joins an ever-growing list of movies and shows being resurrected to exploit the general public’s seemingly undying thirst for 90s nostalgia. It will reportedly be a while until the project actually becomes reality, but some things are worth the wait.