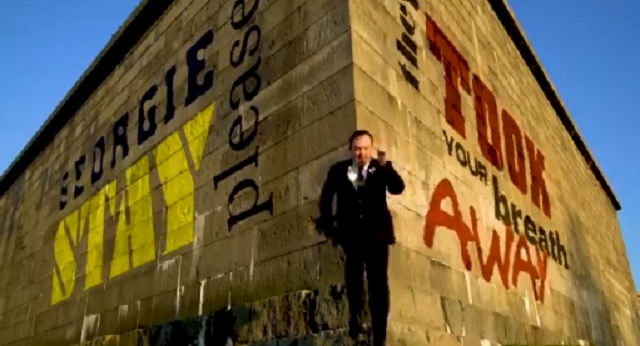 Boston Ska band The Mighty Mighty Bosstones, who came to prominence in the 90’s with the hit song ‘The Impression That I Get’, are the latest musicians to be called cringe-worthy for their attempt to make politically charged music following the death of George Floyd.

Last year, DJ David Guetta dedicated a song for Floyd that sampled Martin Luther King’s “I Have A Dream” speech. While playing the song during a live stream Guetta was mocked after shouting out Floyd’s family before dropping the beat and pumping his fist in the air.

On May 7th The Bosstones released their new album “When God Was Great” which features a song called “The Killing of Georgie (Part III)” that was inspired by the police killing of George Floyd in Minnesota.

According to band leader Dicky Barrett, the Bosstones started writing their new album during quarantine and wanted their music to reflect the things that were happening around them.

“They and me, we worked pretty hard, and when it came time we were like, ‘Oh, gosh. We’re all sitting at home. What do we do now?’ We just kicked into high gear…. We were writing anyway…then it was just almost to engage people into doing something super creative in an effort to go, ‘Please, we don’t really understand completely what’s going on in the world right now so let’s do what we do best and that’s create together and make music.’” The track “The Killing of Georgie (Part III)” was written shortly after the death of George Floyd, with lyrics inspired by John F. Kennedy’s inauguration speech, Martin Luther King Jr.’s “I Have a Dream” speech, as well as the speech Bobby Kennedy gave the night MLK was assassinated. “We’re so proud of [the album]. When we finished, and got to stand back and looked at it, it was like, ‘Holy smokes, we’ve made something really good.’”

The Bosstones eventually made a video for their new George Floyd-inspired song that features a man dancing in the streets and it’s pretty bad.

The Internet swiftly reacted by crushing the video for being tone-deaf and cringe-worthy.

I mean what in the ever loving fuck https://t.co/8IBBzFcark

I WAS excited to see that The Mighty Mighty Bosstones were doing new stuff but I'm not so sure anymore… pic.twitter.com/gjIU6vOm6Y

Someone please take their instruments away https://t.co/UleahbLGK0

What the fucking hell is this? https://t.co/WYsTv18s5Q

These dudes have been making horrible music for decades now but this takes horrible to new heights https://t.co/LVulseDNjR

I think this may dethrone David Guetta? https://t.co/2MdpYeom4e

I saw they had an album out this year and was wondering what a mighty mighty bosstones album in 2021 would sound like and I guess this is the answer https://t.co/ctaRKBhZ15

This is fucking terrible, but that’s just The Impression That I Get. https://t.co/hFYAAgamrr