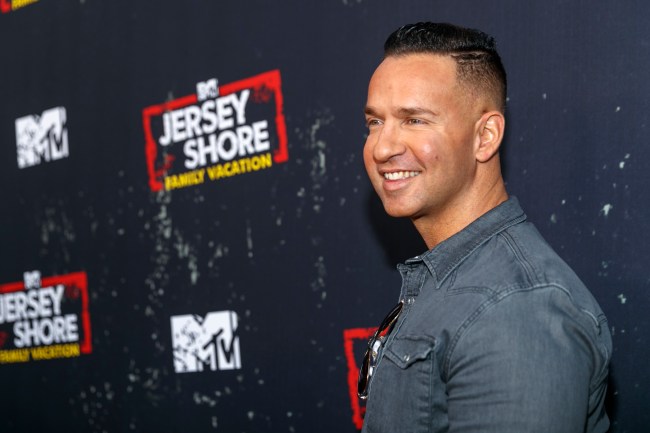 It’s been well-documented that Otisville Federal Correctional Institution in New York is basically as cushy as a rent-controlled apartment in Murray Hill. Otherwise known as the “castle behind bars,” Forbes Magazine named it one of “America’s 10 cushiest prisons,” and a highly-sought after destination for high-profile white collar crime doers.

Mike ‘The Situation’ Sorrentino is currently serving out his eight month sentence for tax evasion at Otisville and Jersey Shore co-star, Nicole “Snooki” Polizzi recently told E! News that Sitch is “having the time of his life” at the minimum security prison.

The Situation has served about half of his sentence thus far, and has evidently been able to keep in touch with the outside world due to a special app that allows him to speak with friends and family from a “computer room that he can go to throughout the day.”

On Saturday, Sorrentino did his best free man impression by sharing a few photos of himself with his wife Lauren, and  Jersey Shore castmates Vinny and Pauly D.

Honestly, I’ve seen about 20 dudes rocking that same outfit Sitch is wearing in Williamsburg, Brooklyn. All he needs is a winter cap in the dead of summe, a longboard, and a vinyl War on Drugs album and it’s a dead match.

Vinny commented on the post: “Why this dude glowing more than me and he locked up.”

I just pray that Sitch doesn’t become an enlightened Bible thumper when he gets out. A Tiger can’t change its stripes!!!