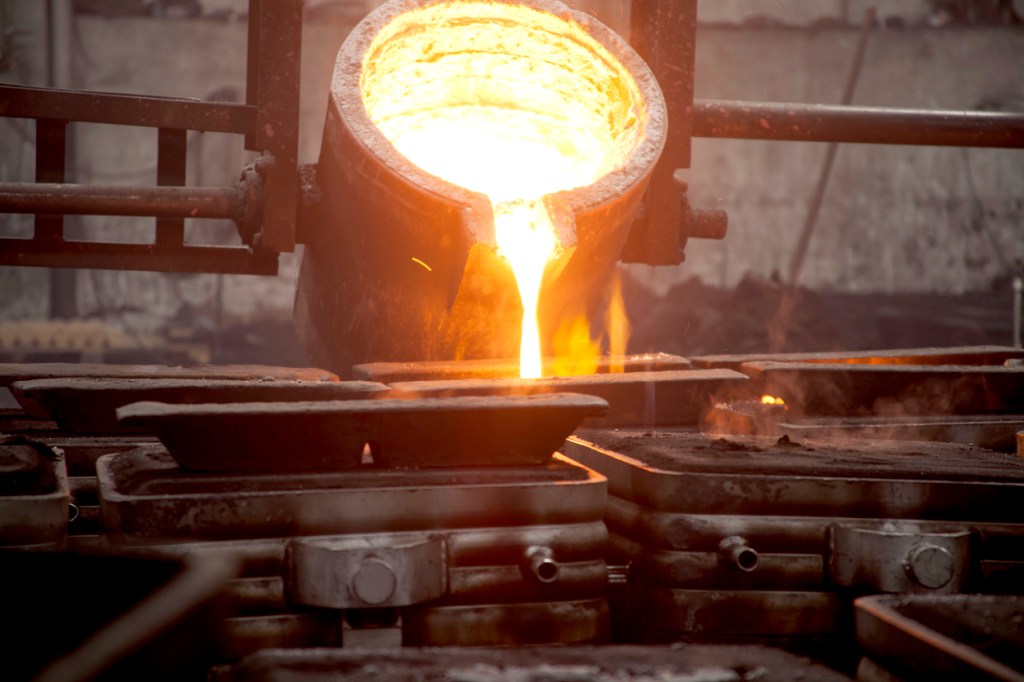 So here’s the thing. I stumbled across a video this morning of someone pouring molten hot aluminum into an ant colony to make awesome art (video is down below) and it reminded me of this years-old video so I’m bringing it back today.

This was originally published here on BroBible on April 29, 2015 but it’s still as awesome today as it was back then. Check it out:

Art has died, science has risen, cool will come again. This YouTuber known as ‘The Backyard Scientist’ is known for doing DIY science experiments from his backyard in Florida, and today he’s decided to pour molten hot aluminum into a watermelon after commenters on his YT channel claimed that the molten aluminum mixing with the water could create an explosion. I’m ALL FOR science experiments, but I’ve never approached one thinking “this will be an awesome explosion” and then formulated the experiment so that I was standing right on top of the explosion.

Back in college (at FSU) by the Spring semester of senior year we’d sort of run out of weekday activities. I’m not saying the classes in Tally were easy, I’m just saying that for me personally ‘studying’ wasn’t really a requirement, and I had a ton of free time on my hands, as did my roommates.

So there was a period of time when we driving out to the backwoods behind Lake Jackson, doing some off-roading/mudding when the conditions were favorable, but also bringing out spray paint cans and other combustible items, making fires, and blowing those things up….or if all that was illegal then maybe that it was all a dream and I totally just made that up, totally. But back when we were doing that (in my dreams) the usual order of operations was 1.) build the fire 2.) toss the combustible item into the fire 3.) shoot that combustible item from a safe distance using a pellet gun 4.) ooooooo and aaaaahhhhh as there would be huge burst of flames.

Contrary to what we used to do, this ‘Backyard Scientist’ went into the expectation of an explosion standing right on top of the expected explosion. Thankfully for him there was no explosion, and he single-handedly pioneered a new form of art.

For years people have been doing this with ant hills, pouring molten aluminum into ant hill (ant colonies) and then excavating around the aluminum creating awesome sculptures such as this:

But now ‘watermelon art’ is a thing that’s been thrust upon the art world thanks to a YouTuber doing science experiments in his backyard down in Florida. For more videos from the Backyard Scientist check out his YouTube channel here.