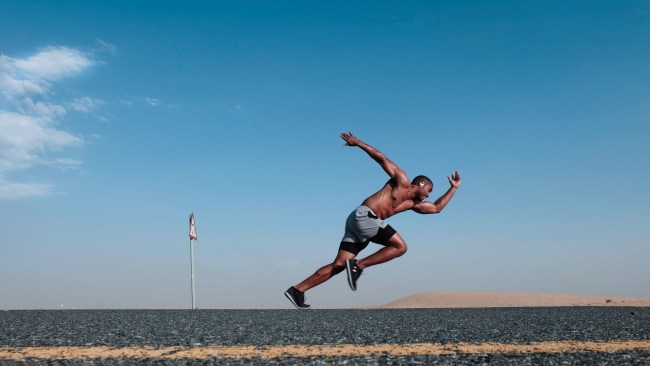 Money tends to be the one thing in life that all of us think makes us happy. It makes sense, too, because money makes the world go ’round, knowing that, when you’ve got it, you can do the things you enjoy, while also taking more risks — like investing in yourself, companies, vacations or weekends of boozing with your buddies. But that doesn’t mean that money is the thing that actually does make people the happiest, and a new study claims it’s something else that gets all those positive endorphins going.

According to an article published by Entrepreneur.com, a study from researchers at Yale and Oxford University collected data about the physical behavior and mental mood of over 1.2 million Americans. Participants were asked to answer one simple question: “How many times have you felt mentally unwell in the past 30 days, for example, due to stress, depression, or emotional problems?” The subjects were also able to choose from 75 different types of physical activities — like weightlifting, biking, running and even lawn-mowing, to name a few.

What the researchers found was that, while those who exercised regularly did feel bad for about 35 days each year — or about three times each month — those who inactive participants felt bad for 18 days more on average. But here’s something even more surprising; researchers also discovered that the physically active participants felt just as good as those who don’t play sports, but do earn around $25,000 more each year. So, yeah, just being active is enough to offset a cool 25 grand, according to this study, at least.

With all that said, the author of the study, Yale University’s Adam Chekroud, said that too much exercise can be a bad thing, saying that “the relationship between sport duration and mental load is U-shaped,” meaning you need to monitor your exercise. According to the study, three to five training sessions each lasting between 30 to 60 minutes per week is ideal. Anything more than that recommendation can lead to an opposite effect, leaving people unhappier than those who don’t exercise at all.

Lastly, for those looking for a new hobby and ways to meet new people, researchers found that team sports can have a more positive effect on your mental health than going at it alone. Whether that means doing a spin class, joining a kickball team or simply getting in with a running group, this type of exercise leaves people happier than money. So you should consider all of this when you’re slaving over work for that fat paycheck when, really, you could just spend that time exercising and being happier overall.