‘Morbius’ Director Has Hilariously Blunt Response To The Film’s Bad Reviews: ‘I Have A Lot of Self-Hatred’ 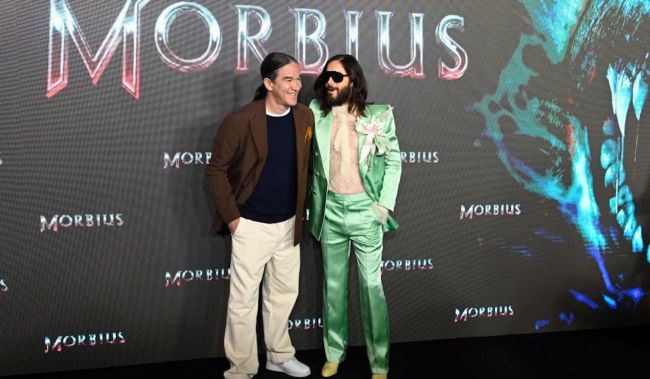 Morbius is redefining the ways in which a movie can be turned into a meme.

It was delayed multiple times. It hit theaters on April Fool’s Day. It stars the infamously method-acting Jared Leto, who delayed production with his prolonged limps to the bathroom. Tyrese seemed to believe that Martin Scorsese considered the film the “height of cinema.” It has also, of course, become a literal meme.

There’s also the fact that Morbius is getting uniquely poor reviews, making it one of the lowest-rated Marvel films of all time on Rotten Tomatoes (it currently has a 16% critics score after 200 reviews).

During a recent interview with Insider, director Daniel Espinosa — who’s also helmed films such as Safe House and Life — addressed the largely unanimous negative reaction to the film, stating that his “self-hatred” usually makes him own of his own harshest critics.

“When I did my first feature it was a small movie called ‘Babylon Disease,’” Espinosa said. “I remember one day going home on the subway and I had a few drinks so I was a bit drunk. Someone nudged me on the train and said, ‘I have to tell you what’s wrong with the second scene in your feature,’ and I was like, ‘Well, okay.’”

“The point I’m making is that it’s a strange thing to make something that is so public,” he continued. “Look, I have a lot of self-hatred so I have a lot of criticism of my own work. I’m always trying to focus on being better. But I am also proud of what I do. There are parts in all of my movies that I’m really proud of.”

To be fair to Espinosa — I actually really like Life, the Ryan Reynolds and Jake Gyllenhaal space horror from 2017 — it seems like Sony did quite a bit of meddling in the project, as evidenced by his revelation that they’re the ones who put the mural of Tobey Maguire’s Spider-Man in the trailer.

“That image is only in the trailer… If I knew something, I could tell you. [But] it’s not mine. It’s not from my idea, you know? I would love to be honest and responsible, but I can’t, because it’s not mine,” Espinosa told CinemaBlend.

Hopefully that since-cut mural is the closest Leto’s Morbius ever gets to sharing the screen with Spidey.

RELATED: Jared Leto Went So Method He Limped To The Bathroom, Took So Long It Caused Production Delays On ‘Morbius’