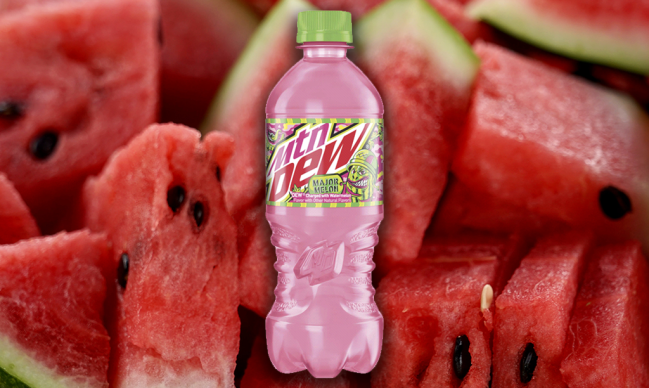 Last year, Mountain Dew returned to its roots a bit when the company behind the soda that was originally dreamed up by a couple of people looking to switch up their whiskey-mixing game announced it had teamed up with Red Lobster to unleash their twist on a margarita on an unsuspecting world.

The drink dubbed the “Dewgarita” wasn’t the only unconventional concoction Mountain Dew unveiled in 2020, as it also joined forces with Joel Embiid when it whipped up a habanero-based hot sauce that worked far better than it had any right to.

It was a bit surprising to see those products enter Mountain Dew’s portfolio when you consider it hadn’t added a permanent member to its soda roster since White Out joined the lineup all the way back in 2010. While it did test out some different varieties over the course of the following decade, it sort of seemed like the whole “soda” thing had become a bit of an afterthought at a company that was built on the back of its soft drinks.

However, that all changed last week when we were introduced to Major Melon, a watermelon-flavored twist on its flagship offering. As BroBible’s resident Taster of Things, I was very intrigued following the reveal, so I was pleasantly surprised when a package containing a bottle showed up at my doorstep over the weekend courtesy of the kind folks at Mountain Dew.

As someone who spent my teenage years subsisting on way too much Code Red and orders Baja Blast in the largest size Taco Bell has to offer whenever I hit up the chain, I was curious to see how it measures up and conducted a taste test to do exactly that. 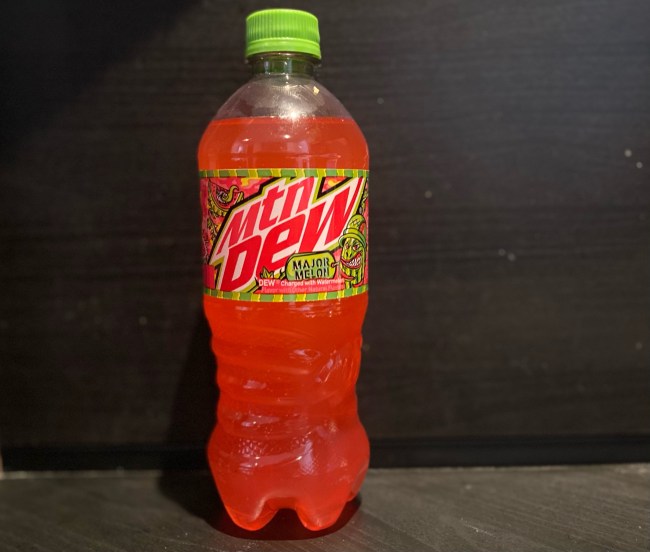 Mountain Dew’s original formula is usually described as “citrusy,” but much like the drinks that supposedly taste like grape but have an essence that has come to be simply known as “purple,” the soda is one of those products that’s hard to compare to anything else out there (the brand’s official website even refers to it as “green magic” as opposed to any real, actual flavor).

It’s safe to say this soda doesn’t have that problem, as the bright pink elixir calls to mind the watermelon Bubblicious I used to cram into the back of my baseball pants during my Little League days. With that said, I’d argue “Major Melon” is a bit of a misnomer, as the fruit the bottle says it’s “charged” with doesn’t exactly dominate the palate.

However, that’s not really a bad thing, as the watermelon is a subtle but noticeable complement to the Mountain Dew flavor you know and love and manages to avoid falling into the sickly sweet trap that a lot of other products that take a similar approach tend to fall victim to.

I probably should’ve disclosed this earlier, but I haven’t eaten an actual watermelon since taking both my first and last bite of a slice when I was a kid, so I have to give credit where credit is due to Mountain Dew here, as I actually Major Melon this despite my disdain for the fruit that inspired it.

As a result, the soda managed to earn my coveted seal of approval, so if you like watermelon as much as I loathe it, you’re in for a treat.