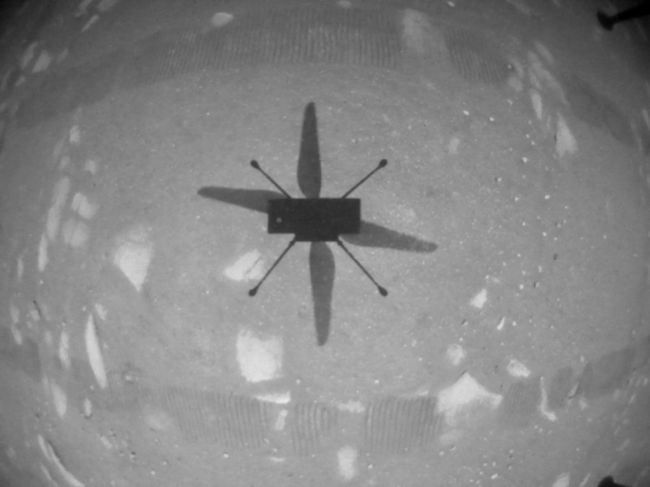 NASA made history on Monday with what it is calling a “Wright brothers moment.” The federal government agency responsible for aeronautics and space research completed the first-ever powered, controlled flight on another planet with its Ingenuity Mars helicopter hovering above the planet’s surface in the Jezero Crater flight zone. This comes two months after NASA’s Perseverance rover landed on Mars.

The data reveals: Our #MarsHelicopter has had a successful first flight: 🚁 pic.twitter.com/h5a6aGGgHG

The project has been in the works for more than six years and the $85 million helicopter demo was considered high risk, high reward. It paid off on Monday.

“Now, 117 years after the Wright brothers succeeded in making the first flight on our planet, NASA’s Ingenuity helicopter has succeeded in performing this amazing feat on another world,” said Thomas Zurbuchen, associate administrator for NASA’s Science Mission Directorate.

“While these two iconic moments in aviation history may be separated by time and 173 million miles of space, they now will forever be linked. As an homage to the two innovative bicycle makers from Dayton, this first of many airfields on other worlds will now be known as Wright Brothers Field, in recognition of the ingenuity and innovation that continue to propel exploration.”

Mars’ wispy atmosphere is equivalent to an altitude of about 100,000 feet on earth, which is more than double the highest helicopter flight in history, and is 1% the thickness of that on Earth. To achieve the flight, the helicopter’s two, counter-rotating blades needed to spin at 2,500 revolutions per minute to get off of the surface.

You wouldn’t believe what I just saw.

The spindly Martian helicopter is 1.6 feet tall and weighs only four pounds on Earth, or 1.5 pounds on Mars. Ingenuity has been operating on its own since April 3, when the Perseverance rover dropped it in a 33-foot by 33-foot flat area. It suffered a setback on April 9 when the craft’s onboard computer shut down early during a test spin of the two rotors, but an adjustment to the command sequence allowed them to complete the high-speed test on April 16. And then at 3:34 a.m. ET on April 19 — mid-afternoon local time on Mars — the helicopter was successful in taking a 40-second first flight. Video from the flight came back shortly thereafter.

The @NASAJPL team is all cheers as they receive video data from the @NASAPersevere rover of the Ingenuity #MarsHelicopter flight: pic.twitter.com/8eH4H6jGKs

Now that Ingenuity has successfully competed its first spin-up, takeoff, hover, descent and landing, it can plan a second. The ensuing flight will perform the same hovering maneuver at a greater height for a longer period of time. NASA has until the beginning of May to complete the test flights and are about halfway through a 31-day window, using a nearby Perseverance as a communication relay. Once the five scheduled helicopter flights are complete, the rover will get on with its main mission of collecting rock samples that could provide evidence of past life on the planet.

A key objective for the helicopter in the future will to be scout new areas for other rovers and eventually astronauts, to collect samples from difficult-to-reach places, and to provide a new perspective of the Martian landscape by traversing dozens of miles across the planet.

For now, it has provided the first black-and-white image from the helicopter’s navigation camera of its own shadow on the surface of Mars.

It happened. Today our #MarsHelicopter proved that powered, controlled flight from the surface of another planet is possible. It takes a little ingenuity, perseverance, and spirit to make that opportunity a reality: https://t.co/oT3rrBm6wj pic.twitter.com/u63GKshp0G

The helicopter is topped with solar panels that are tuned for the low levels of sunlight on the planet. In between flights, the helicopter will recharge its batteries. The batteries are crucial for powering electric heaters that keep the vehicle warm during Martian nights that can plunge to -130°F.

For now, NASA will use data that was sent back from the helicopter to plan its next flight, scheduled for no earlier than April 22.