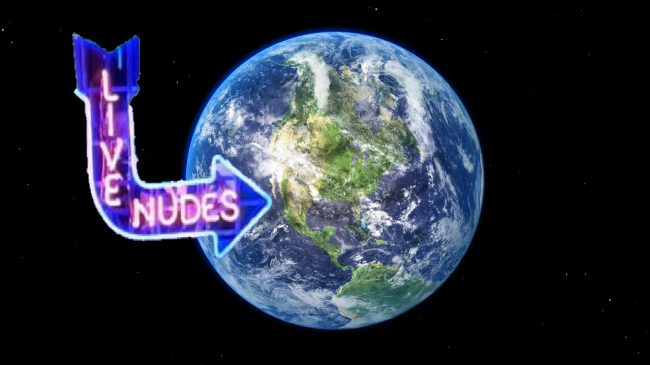 One of the greatest trailers I’ve ever seen was the first teaser for Christopher Nolan’s 2014 sci-fi epic Interstellar. I actually where I was when I first saw it: the College Ave. library at Rutgers University.

The trailer actually didn’t focus on the plot of Interstellar at all, but rather, the romance of humanity’s venture into the great unknown. Please, if you haven’t seen it, or it’s been a while since you have, take the 90 seconds to give it a watch. It’s a reminder that trailer-editing is an art in and of itself. Plus, that Han Zimmer score, as always, is perfection.

Needless to say, I doubt beaming nudes cosmos is what good ole Chrissy Noles had in mind when he was imagining what humanity’s next great adventure into space would be, but nevertheless, here we are.

NASA has plans to send drawings of naked humans into space

NASA scientists plan to launch pictures of naked humans into space in the hope of luring aliens to us. The depictions will also include an invitation to respond should an intelligent alien race find the space nudes.

The pictures aren’t graphic photographs of naked humans but a drawing of a naked man and a woman next to a depiction of DNA. The man and woman are waving in an attempt to look more inviting.

NASA scientists revealed the image in a study that’s part of a project called the “Beacon in the Galaxy” (BITG). The main aim of the BITG project is to send a message to any alien civilizations that could be out there. Scientists think the pixelated illustration of a naked man and woman waving hello could help us finally make contact with extraterrestrials. [via New York Post]

When it comes to aliens, them knocking on our doorstep feels like an eventuality at this point (if it hasn’t already happened). That said, the idea of virtually sending invitations to Earth into the galaxy has never sat well with me. We’ll have enough trouble on our hands should aliens make their way to our little green and blue planet *without* giving them a roadmap of how to get here.

RELATED: NASA To Broadcast Messages To Aliens In Hopes Of Making First Contact, But Is That A Good Idea?