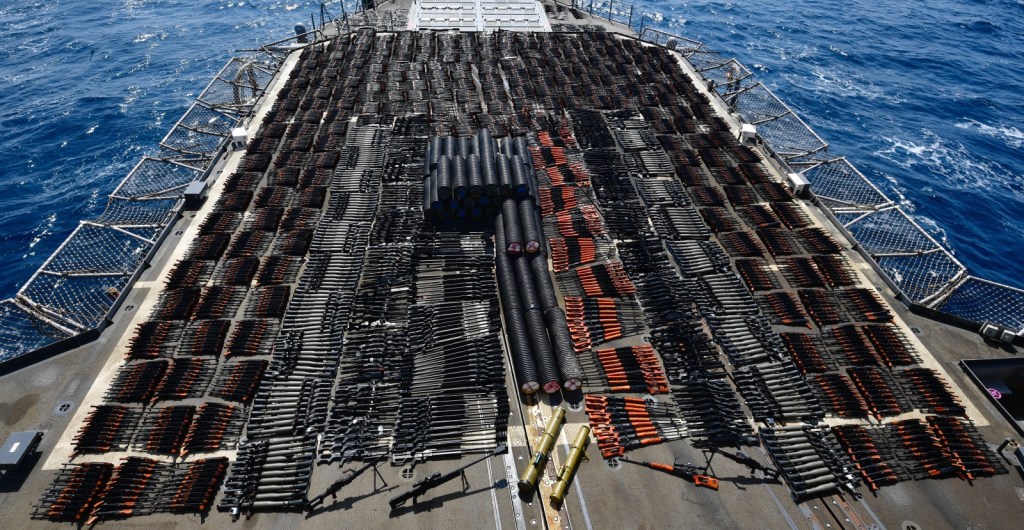 The U.S. Navy and Coast Guard stopped a small ship in the North Arabian Sea last week and found so many illicit weapons on board they barely fit on the deck of a 567-foot warship for a photograph of the haul.

The U.S. Coast Guard Advanced Interdiction Team (AIT) was aboard the USS Monterey and they conducted a routine flag inspection of a vessel in international waters. If you need a quick geography refresher, the Arabian Sea is situated between India, Pakistan, and a few other countries including Iran, Oman, Yemen, and Somalia.

We’re talking THOUSANDS of weapons confiscated. There are some pictures below from the Navy’s official press release. 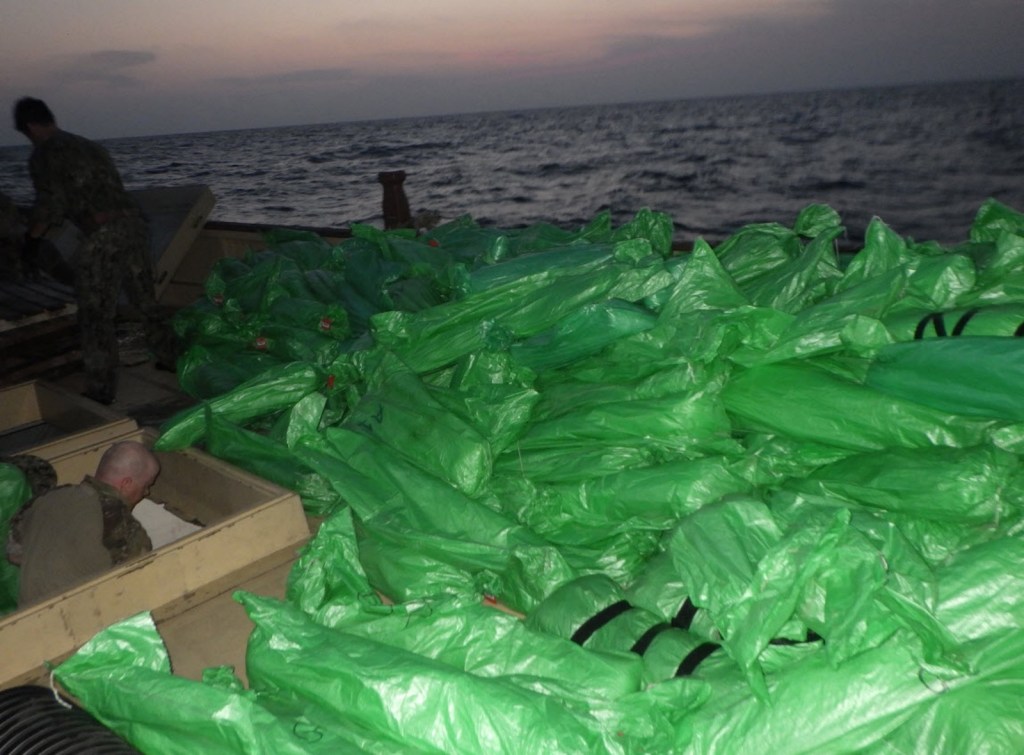 What’s most wild to me is they aren’t sure where the weapons were going, at least not officially. The Navy’s statement reads “The original source and intended destination of the materiel is currently under investigation.” 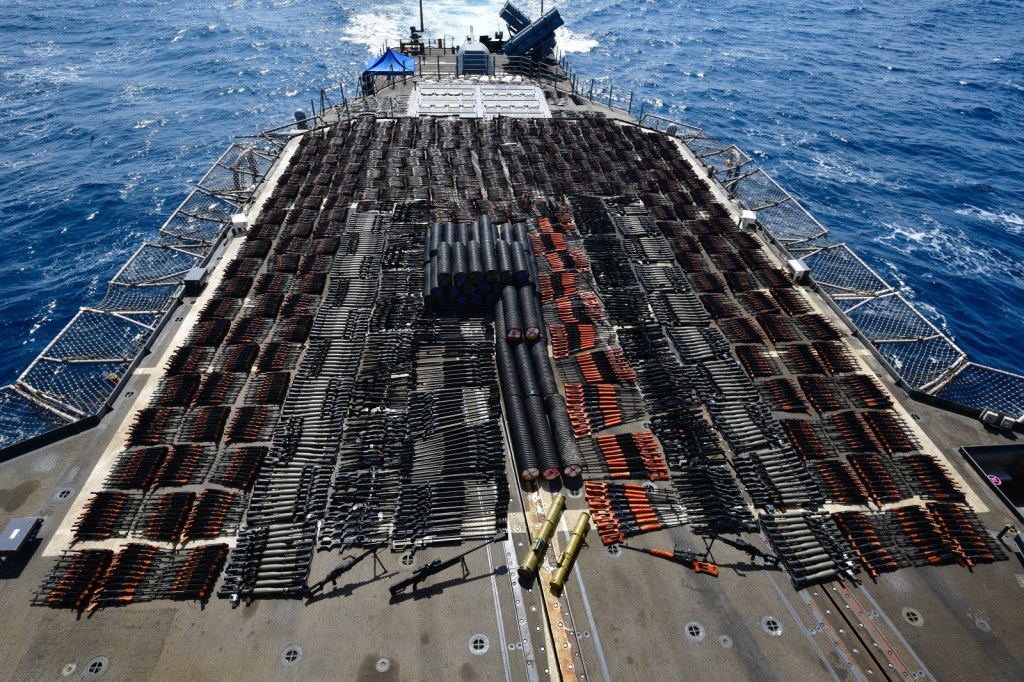 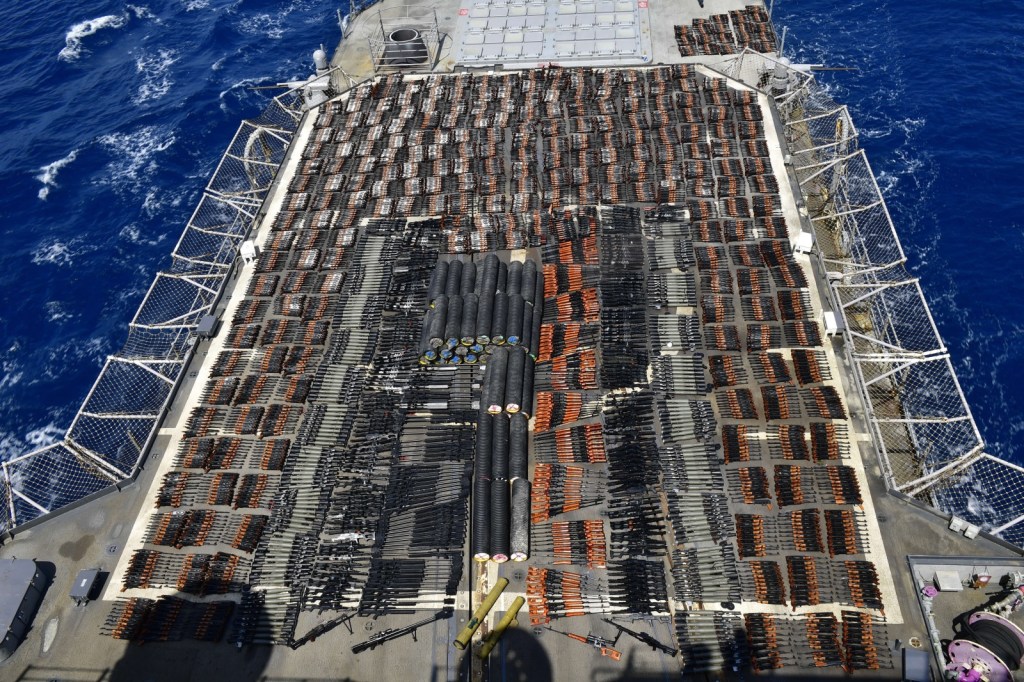 The vessel was listed as a dhow which is a common sailboat used in the Indian Sea, usually with two masts. So imagine all of those weapons floating around inside of a dang sailboat!

After the US Navy and Coast Guard team removed all of the illicit weapons they assessed the dhow for seaworthiness, questioned the crew, and then fed everyone and sent them on their merry ways.

Imagine being the crew of the ship that just lost thousands and thousands of weapons to the U.S. Military and you still had to show up to your destination like “oops, we tried, but Uncle Sam had other plans.”

If you’re interested in reading the full press release from the U.S. Navy then you can check that out right here.