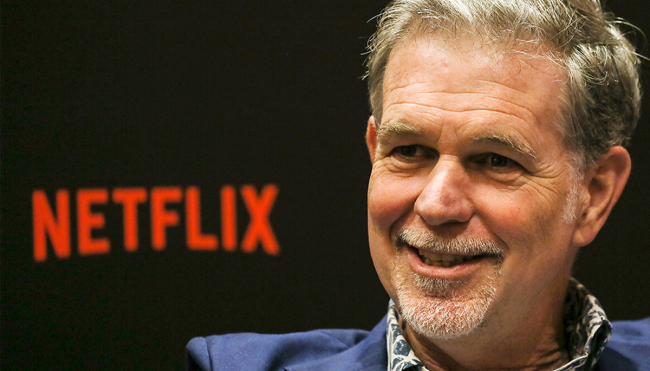 Netflix has largely managed to hold the line as the Streaming War has grown in intensity in recent years, but it’s still suffered its fair share of casualties. In 2012, subscribers in the United States had access to 11,000 movies and television shows, but that number was sitting at less than 6,000 last year as a result of the battle that’s led to Netflix focusing on the original content it continues to drop an insane amount of money on.

It’s easy to complain about the George Costanza levels of shrinkage when you consider the company has gradually hiked its prices as thousands of titles have disappeared from the platform. However, it’s still a bargain compared to what you would’ve had to shell out at Blockbuster before Netflix brought the chain to its knees—especially if you’re one of the many people who don’t pay a single cent to access it.

Netflix has historically turned a blind eye to the rampant practice of password sharing that costs the company over $1.5 billion in potential revenue on a yearly basis. However, it’s repeatedly reminded freeloaders it could bring the good times to an end if it really wanted to, which has led to fears concerning a potential crackdown.

There was a bit of a panic last month when a number of users revealed they’d encountered messages encouraging them to sign up for their own account as opposed to piggybacking on someone else’s, and on Tuesday, CEO Reed Hasting shed some light on whether or not the day of reckoning could soon be upon us.

According to IGN, Hastings fielded a question from a reporter who asked him to address that possibility, which led to him issuing a fairly diplomatic response:

“We will test many things, but we will never roll something out that feels like turning the screws…It has got to feel like it makes sense to consumers.”

COO Greg Peters also chimed in on the topic, saying:

“We’re going to keep working on accessibility across the countries that we serve, but we also want to ensure that while we’re doing that, that we’re good at making sure that the people who are using a Netflix account, who are accessing the service, are the ones who are authorized to do so.

That’s what this line of testing is about. It’s not necessarily a new thing, we’ve been doing this for a while.”

As a result, it doesn’t appear the end is near, but it might not hurt to start bracing yourself.