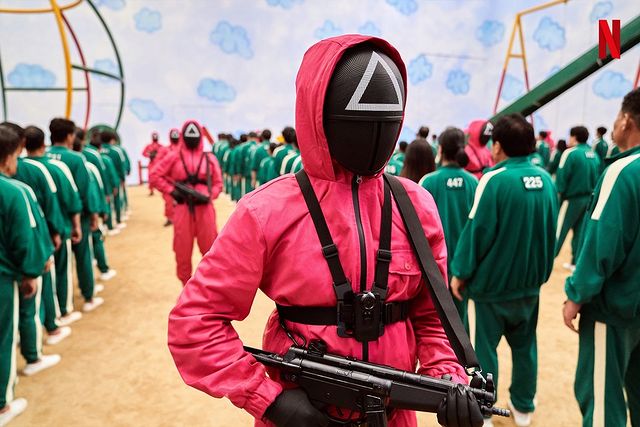 After Netflix said last week that Squid Game was on track to become their biggest-ever series, the streaming giant confirmed that distinction on Tuesday night, announcing that the dystopian South Korean series is the “biggest ever series launch” in the history of Netflix with 111 million “global fans.” Granted, while it’s all predictably vague, it’s confirmation nonetheless: Squid Game is an unprecedented hit.

Here’s the official synopsis for Squid Game, by the way, in case you’re curious about how Netflix actually goes about describing the show:

“A mysterious invitation to join the game is sent to people at risk who are in dire need of money. 456 participants from all walks of life are locked into a secret location where they play games in order to win 45.6 billion won. Every game is a Korean traditional children’s game such as Red Light, Green Light, but the consequence of losing is death. Who will be the winner, and what is the purpose behind this game?”

Given both the massive success of the series and the cliffhanger that ended season one, a second season (and beyond) of Squid Game is inevitable, with Netflix likely looking to begin production as soon as possible.

All nine episodes of the first season of Squid Game are currently streaming on Netflix worldwide.