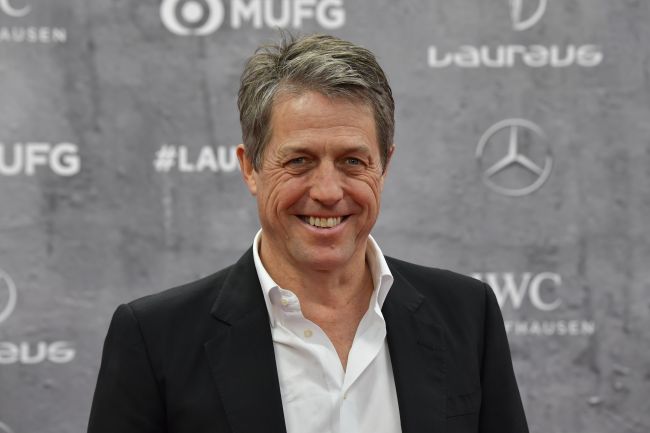 SPOILER ALERT! If you haven’t watched The Undoing on HBO, and you plan to, stop reading this blog now.

You know, you spend your whole life rooting for Hugh Grant. You watch Notting Hill 14 times and cheer—CHEER—as Julia stands before him, just a girl, asking a boy to love her. You watch Four Weddings and a Funeral and get a little confused by all the moving parts but ultimately love Hugh, British as ever, even if you don’t think Andie Macdowell deserves him. You purchase the soundtrack to Music and Lyrics because you watched the movie on a plane and sometimes, plane movies hit differently. You cheer again when he finally stands up to President Billy Bob in Love, Actually— on your 15th viewing this time.

Then, out of nowhere, he bludgeons a woman’s head into a piñata with a sculpting hammer. UH, HUGH? MAY I HAVE A WORD? What the hell was that all about!!! For years, you learn to love the man, to let his witty, poshy Britishisms and feathered bangs coax you out of hangovers and breakups and give love another chance, only to watch him coldly, methodically demolish a human head. And now, nothing makes sense.

Did he actually love Julia Roberts, or was he playing the role of the romantic travel bookshop owner just to get her to drop her guard so he could murder her too? Did he finish his term as Prime Minister and retire to a cottage in the Cotswolds with that assistant, or did he bury her alive in the turnip garden? Last night’s ending to The Undoing flipped everything I know about Hugh Grant on its head, and I don’t know if I can ever trust again. I feel broken, cheated, and scared.

What a series. Nicole Kidman at her usual, dominant best. That kid Noah Jupe is a star. Noma Dumezweni was unbelievable. And of course, Hugh. I may never trust him again, but at least we had thirty years where he made me think that desperate acts of love were the best way to a woman’s heart.

And no, I didn’t see it coming. I was so convinced it would be someone I didn’t expect. My money was on Donald Sutherland. I don’t even know why.