230 New Emojis For 2019 Were Released That Include Waffles, Menstruation, Disabilities And A Small Penis Emoji

If you thought scrolling for days to find that one special emoji to text your grandma was tiresome get ready because you’re getting a lot more emojis. The Unicode Consortium, the global organization that adopts standards for emojis, has approved 230 new emojis that feature everything from waffles to orangutans to wheelchairs to falafel to juice boxes to period blood. Including the latest Emoji version 12.0, there are now a total of 3,053 total glyphs. Get your swiping fingers ready.

Emoji version 12.0 makes strides in representing people with disabilities. Last March, Apple created 13 pictures representing those with disabilities after consulting with organizations such as the Cerebral Palsy Foundation, the National Association of the Deaf, and the American Council of the Blind. The new images feature people with probing canes, wheelchairs, hearing aids, service dogs, and prosthetic arms. 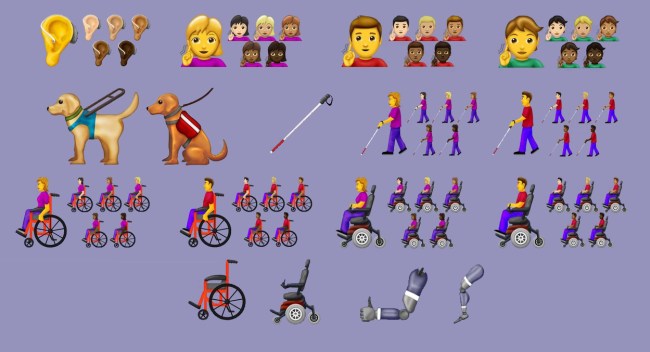 There is also an emoji of a drop of blood, in what many people are declaring the “period emoji.” The drop of blood is apparently a way for women to discuss menstruation. Women’s groups had previously advocated for an emoji of a pair of pants marked by blood, but that image was rejected by the Unicode Consortium.

“The inclusion of an emoji … is a huge step towards normalizing periods and smashing the stigma which surrounds them,” said Lucy Russell, head of girls’ rights at Plan International UK. “An emoji isn’t going to solve this but it can help change the conversation. Ending the shame around periods begins with talking about it.”

Still no semen emoji? Sexism is alive and well in 2019. 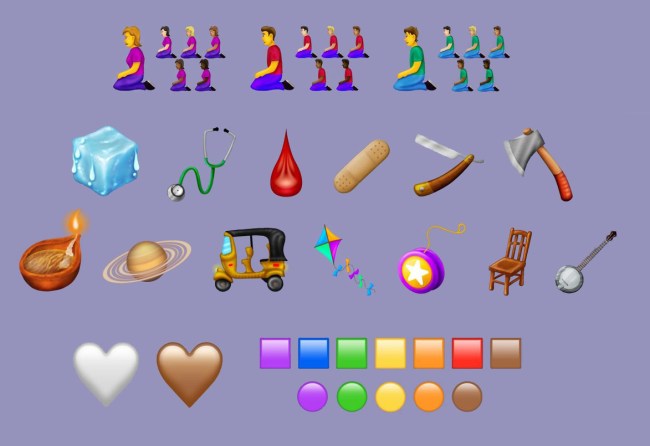 Good or bad news for you guys with small penises, there will be an emoji for you. There is a “pinching hand” emoji in the new release and people are already calling it the “small penis” emoji. The thumb and pointer finger glyph is considered the opposite of the infamous eggplant emoji for well-endowed gentlemen. 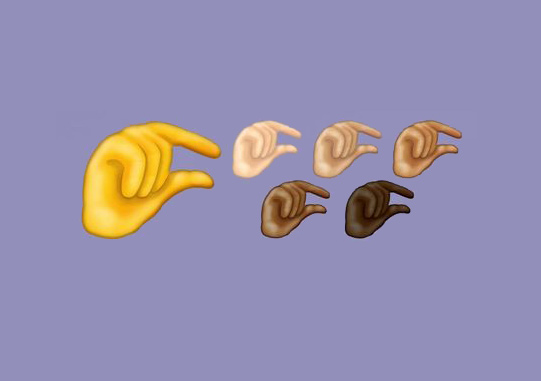 Typically, companies such as Microsoft, Facebook, Twitter, and Google tweak the emojis so that their glyphs look different than every other company. The new emojis usually become available in September and October or whenever Apple and Google release their major OS updates. You can see all of the 230 new emojis for 2019 over at Emojipedia.