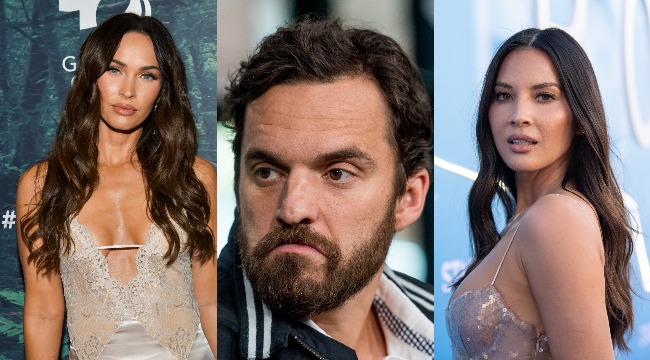 Buuuuuut even my wife knows that I’m Chris Kyle with the hot guy radar gun, whereas I’m still deciding whether the chess chick from The Queen’s Gambit would be attractive if she worked at The Cheesecake Factory.

Acting on it is a different conversation, but if I’m hanging out with Chris Hemsworth, you best believe I’m going to turn up the charm more than I would, say, my wife’s friend Heather. Maybe it’s an acceptance thing or maybe it’s those gorgeous blue eyes or poreless skin or symmetrical pecks.

So when comedian and actor Jake Johnson began trending after sparking a debate on Twitter on whether he deserves the insane caliber of women he’s pulled as his role as Nick Miller in New Girl, I feel I am qualified to weigh in on the matter.

there’s no way nick miller pulled all these women. pic.twitter.com/mBQGpVHtQM

Not a bad murderer’s row for a guy who plays a broke bartender with no ambition and three roommates.

This has started a ferocious debate on the webs about whether Nick was deserved of this success. There are two schools of thought.

Girls are suckers for mediocre white dudes…I have never understood it 😂 pic.twitter.com/ufgDIQMjGB

everyone that’s saying that nicks actor is physically attractive… i thought of this and imma just leave it here 💀 pic.twitter.com/Tb2STuFjRf

Nick Miller is trending because people are wondering how he pulled some of the hottest women in Hollywood. I present our case pic.twitter.com/Pmc1Qlcrxk

Nick Miller trending? I love that for my husband pic.twitter.com/Vz2nT0AzRo

In this house we don’t tolerate Nick Miller slander pic.twitter.com/G4iyzHXjPy

i'm a lesbian but nick miller could pull me if he wanted https://t.co/ENk1XE9ORo

Final Verdict: Nick Miller has what we call in the industry ‘Glow Up Game.’ He can look really hot and polished in ironed clothes and a sun-kissed hue, but if you throw that dude in Alaska in February and he’s rolling out of bed after a bender, he’ll look like the assistant manager at GameStop.