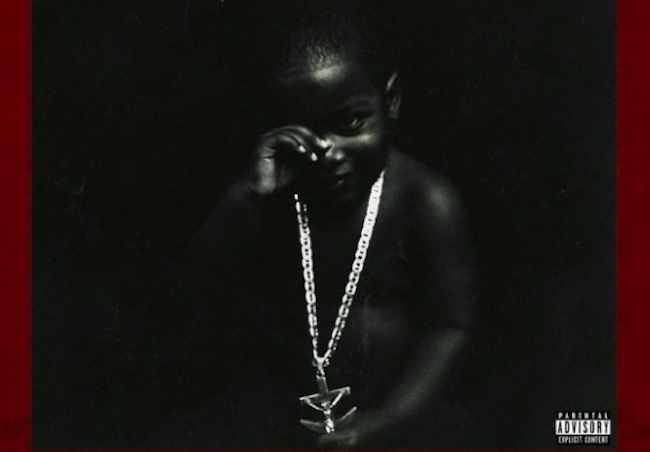 Welcome to the BroBible New Music Round-Up, which unlike seemingly everything else in music, has NOT been rescheduled for the summer of 2021. For more follow me on Twitter.

This week’s playlist is celebrating Run The Jewels as we’re about a week away from the release of their new album, Run The Jewels 4, an album they recently described as “the most frigid of New York days, and you’re walking out of Katz’s with a pastrami sandwich, and somebody punches you in your face” music. 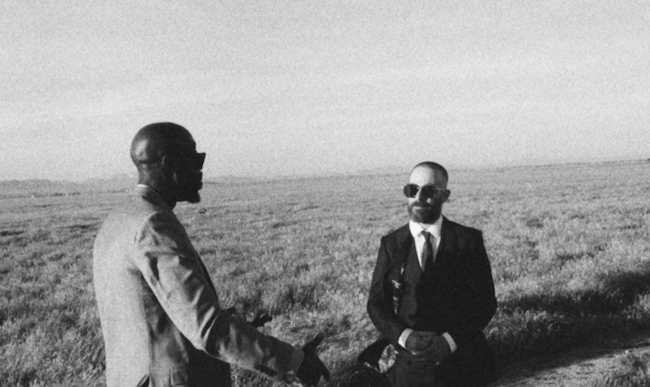 Japandroids fucking rock. Plain and simple. The Canadian duo play the kind of wild rock ‘n roll that all but begs for you to hop in a car and go screaming down country roads with the windows wide open. Their music is fast and loud, relentless, and merciless.

This week, the band announced the release of Massey Fucking Hall, a live album recorded at the Toronto venue back in 2017. Along with the announcement, the shared a video for “Heart Sweats,” from their 2009 debut Post Nothing. The live album pulls mostly from the band’s most recent albums 2017’s Near To The Wild Heart Of Life and 2012’s Celebration Rock. Other songs from Post Nothing are also included.

I saw Japandroids live after Celebration Rock’s release and I’m going to be honest, I didn’t know if I’d make it out alive. The band was ferocious and so loud I wasn’t sure if the club’s walls could handle it. The floor shook, the walls shook, my insides shook. It was awesome.

The Raconteurs Live at Electric Lady

Also on the live release front, The Raconteurs released their own live album Friday, Live at Electric Lady. The album was released exclusively on Spotify. In addition to the album, the band also released a film documenting the album’s recording at the legendary New York City studio.

Live at Electric Lady pulls from the band’s entire catalog including songs from 2019’s Help Us Stranger. It also includes a cover of Richard Hell and the Voidoids’ 1977 punk classic “Blank Generation.”

The Live at Electric Lady documentary can be found on YouTube.

Freddie Gibbs and The Alchemist caught people off guard this week when they announced that they had teamed up for a new album, Alfredo. Released on Friday, this is the duo’s first time working together since 2018 when they teamed with Curren$y for Fetti.

The new album features guest spots by Rick Ross, Tyler the Creator, Conway the Machine, and Benny the Butcher.

Both of these dudes have a history of producing great music when teaming up with someone. Gibbs recently worked with Madlib on Bandana and The Alchemist worked on projects with both Conway the Machine and Boldy James in the past year.

It’s like they always say, teamwork makes the dream work.

Founded in the wake of Sublime’s Bradley Nowell’s death and comprised of former Sublime members and dudes from the band’s extended universe, Long Beach Dub Allstars had a good run at the end of the 1990s before breaking up in 2002. They got back together a decade later, although the former Sublime guys, Bud Waugh and Eric Wilson, had since moved on. Now on Friday, the collective has released their first new album in almost two decades.

The self-titled album, produced by drummer Marshall Goodman, has all the sights, smells, and sounds of vintage Sublime and comes at a perfect time, with summer coming in hot. The beach-ready tunes are tailor-made for summertime goodness.

Prior to the album’s release, Goodman talked about how recording the new album reminded him of those early Sublime days. Goodman was the band’s original drummer and helped write a handful of some of the band’s most well-known songs, including “Doin’ Time” and “Smoke Two Joints.”

“Our approach to making music stems back to the Sublime days,” Goodman said. “When we were writing ‘40oz to Freedom’ we were very experimental but at the same time we were diligent, understood what we wanted to do, and had the skill sets to do it. When making the self-titled Sublime record, we brought a more solid approach to making music that emphasized understanding what we wanted to do and our skills to get it done. Similarly, the new Long Beach Dub Allstars record carried this approach forward and inspired us to make a solid ‘Studio One’ style album. We have a truly ‘Allstar’ cast and you’ll hear lots of influences from Ska, Hip Hop, Reggae, and all-around groove music.”

By my count, Lil Yachty is one of roughly over 3,000 rappers who have “Lil” in their name. That’s an unofficial tally of course but that’s largely due to the fact that there are SO MANY Lil’ rappers out there.

Also included on the album is “Oprah’s Bank Account” which features Drake and Da Baby.

Lil Boat was released in March 2016 and Lil Boat 2 came two years later. With Lil Boat 3, the series is said to have wrapped up. But seeing as how Lil Yachty has dropped four albums since 2016, it’s safe to say he could get a new series going tomorrow so please stand by.

G. Love’s debut album is a classic and one of the stand-out tunes from said album is “Cold Beverage.” When The Infamous Stringdusters hooked up with the Philly rapper/folk singer, the band initially thought about cutting something new. G. Love had another idea though.

“We decided to rock the Special Sauce hit ‘Cold Beverage’ which has become one heck of a great drinking song over the years,” G. Love said in a statement.

“We circled up and ran the song acoustic til we had a killer arrangement,” G. Love added. “We cut it live and nailed it in the first couple takes and added a few harmony vocal overdubs.”

You could never top the original, but this new version is still pretty sweet.

I like the video for this song. That’s what hooked me and drew me in because, to be honest, I had never heard of Charley Crockett before.

“Welcome to Hard Times” is some legit, old school honky-tonk. I’m not sitting in some dive bar, nursing a beer and staring off, thinking of an old flame right now, but listening to this song definitely makes it feel like I am. 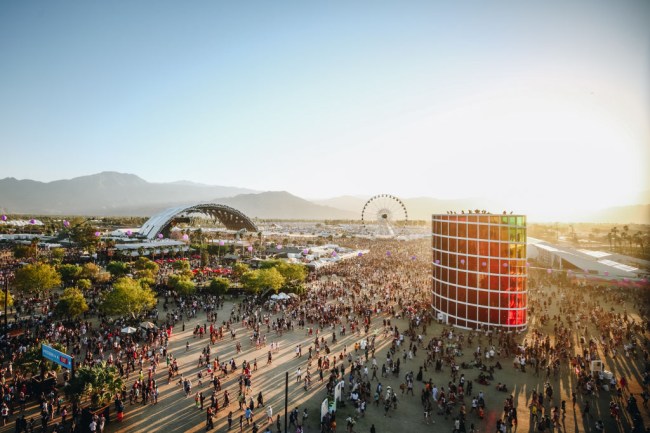 Coachella 2020 was one of the first major festivals to fall victim to COVID-19 when they announced that the April festival would be moved to the fall. Now in their defense, fall seemed far enough away in March that it seemed like a safe bet.

However, it seems as if things have changed. Despite things slowly starting to open up, the idea of mass gatherings happening anytime soon still seems like a longshot. With that in mind, Coachella has reportedly begun planning to move the festival to next year.

“According to Bloomberg, Coachella is in the process of rescheduling its 2020 festival for 2021. Festival organizers at Goldenvoice have already reached out to a number of artists scheduled to play this year’s Coachella to gauge their availability for next April, Bloomberg adds. It’s also worth noting that not every performer on the 2020 lineup has been asked to play next year.”

Coachella 2020 was set to feature performances by Rage Against the Machine, Frank Ocean, Travis Scott, Lana Del Rey, Thom Yorke, FKA twigs, Danny Elfman, Lil Uzi Vert (see, another rapper with Lil in their name,) and Run the Jewels among others.

It’s worth noting that Bonnaroo also rescheduled their festival for the fall. Good luck with that, guys.

And Now, El-P With A Tech Report

going back to myspace gonna pick my top 8 friends 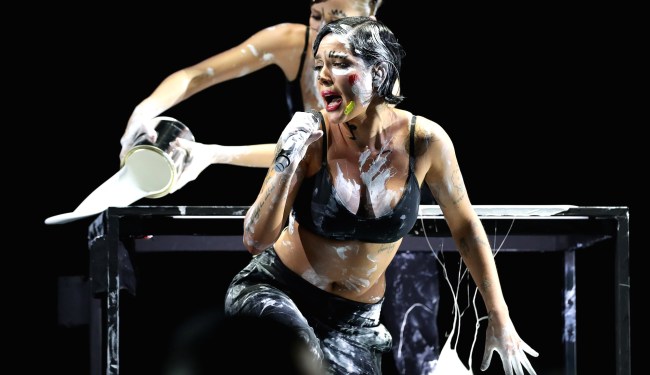 Halsey is an accomplished singer and songwriter, but alas, she is not immune to the kind of random household injuries that even the most common folk amongst us suffer. Earlier in the week, the pop star appeared on Capital Breakfast, where she broke the news that she had recently fractured one of her ankles.

On Instagram, Halsey shed some light on how her recovery is going, saying that she “made a quiche and fresh spinach butternut squash ravioli. Law is fun but hard. Beautiful sky. Can’t stop watching avatar.”

Apparently studying to take the bar exam of course.

So, How Bad Do You Miss Going To Concerts? 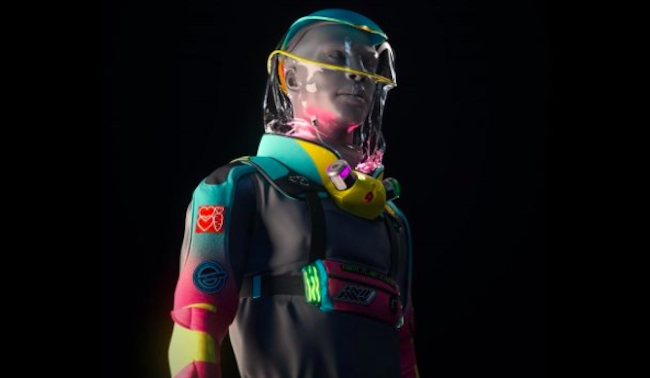 Do you miss them enough to wear the suit pictured above while attending one?

Designed by a firm called Production Club, the Micrashell is being put together with the idea being that it can help bring live music back. The suit “features an N95 filtration system, snap-in canisters for drinking and vaping, and LED lighting accents that, at least in theory, could be programmed to all blink together.”

Production Club head of inventions Miguel Risueno, who goes by the name Mike 808, says, “It’s a half suit that kind of takes your safety and your security in terms of being close to airborne particles or viruses to the next level… We need to make sure that people want to wear it and they feel good about wearing it. So it’s a little bit more of a fashion piece rather than something that looks like a medical device.”

So again, I ask you, how much do you miss going to concerts?

this guy in Grease is supposed to be a teenager pic.twitter.com/1aVd42XT0s

As far as jam bands go, I feel like moe. doesn’t always get their due. They seem to get lost in the shuffle, overlooked in favor of bands like Phish and Widespread Panic and newer bands like Pigeons Playing Ping Pong, TAUK, and others. But moe. is damn good and 2020 is the band’s 30th anniversary.

Earlier this week the band put out a call for fans to submit their favorite .moe memories. The band will then select ten winners to participate in a virtual happy hour with the band.

I would just want to talk about their album Tin Cans and Car Tires, but that’s just me.

did Perd Hapley write this https://t.co/7U3N4h2KWp