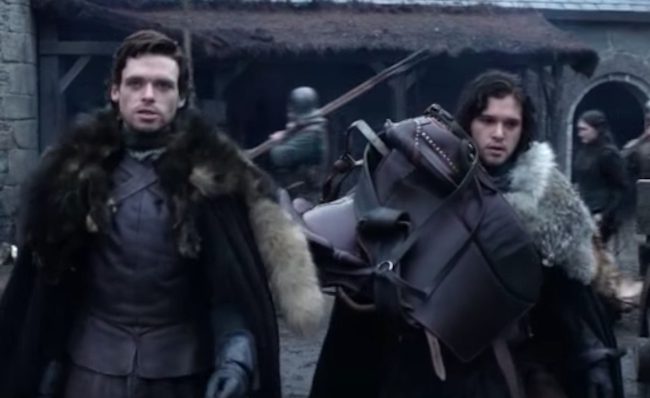 In 2015, Daniel Craig said he’d rather slit his wrists than star in another installment of the James Bond franchise because Daniel Craig is apparently an uber-dramatic teenage girl trapped in the body of a dashing British actor.

Craig maintained this stance heading into last year before revealing he’d changed his tune after suddenly remembering how much he enjoys being given lots and lots of money.

The Craig Era will officially end when his final Bond film hits theaters next fall and there’s already been a great deal of speculation concerning who will step into his bespoke Italian leather shoes when he does.

Based on what I’ve observed, there’s a sizable bloc of fans who would love nothing more than to see Idris Elba take on the part— a role Elba said he’d be more than happy to accept if given the opportunity.

However, if a report from The Daily Mail is to be believed, there’s another actor who’s currently leading the pack to become the next 007.

According to unnamed sources, the franchise’s producers have turned their attention to Game of Thrones alum Richard Madden, who portrayed Robb Stark on the show before the character was so rudely dismissed from the series:

Madden is set to be offered the chance to replace Daniel Craig as James Bond, according to industry source…

It is understood that Barbara Broccoli, the executive producer at Eon Productions who has the final say on all Bond characters, is likely to approach Madden in the next few days.

If you’re the kind of person who bets on things like this, it’s worth noting the news has caused Madden to become the odds-on favorite to become the next Bond, where he is currently trailed by Tom Hiddleston (5/2), Tom Hardy (9/2), and Elba (6/1).

Historically speaking, the role is given to lower-profile actors as opposed to proven box-office stars (for example, Pierce Brosnan’s most notable film role was “the boyfriend from Mrs. Doubtfire” before he appeared in GoldenEye).

As a result, Madden would seem like a good candidate (and if he likes money as much as Craig does, I’d be shocked if he turned down the opportunity).