Nicolas Cage Set To Star In His First-Ever Western Film! 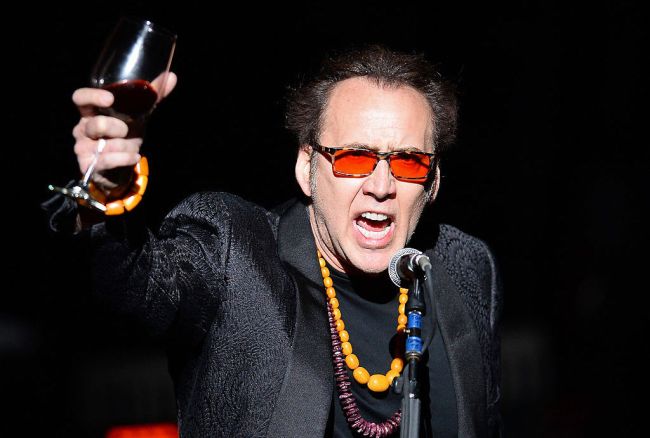 Despite his reputation for appearing in almost every kind of movie under the sun, Oscar-winning actor Nicolas Cage has, somehow, never starred in a Western. Until now.

According to a report from Deadline, Cage is set to star in The Old Way from director Brett Donowho, which will mark his first foray into the iconic cinematic genre.

The report states that Cage will star as “Colton Briggs, a former gunslinger who now runs a general store and lives quietly with his family.” In classic Western fashion, “when a gang of outlaws murders his wife in cold blood, Briggs returns home to find his world burning,” so he “unearths his sidearm and saddles up with an unlikely partner: his twelve-year-old daughter.” Yup — sold!

“After 43 years in cinema, I’m only now being invited to the important and storied genre of the Western with both The Old Way and Butcher’s Crossing. Being born and raised in the West, this is another good match and long overdue. I’m excited and compelled by the complex characters of both Briggs and Miller, and to find new ground to play at 57 is indeed galvanizing,” Cage said in an official statement to Deadline.

Say it quietly, but Cage is in the midst of a bit of a mini-renaissance. In August, his film Pig was released to rave reviews, with some — myself included — wondering if it could score him another Academy Award nomination for Best Actor. He also starred in Prisoners of the Ghostland and Willy’s Wonderland, two bonkers B-flicks that have surprisingly solid Rotten Tomatoes scores.

Next up, he’s got what may be his most commercially viable project since Spider-Man: Into the Spider-Verse as he stars as HIMSELf alongside Pedro Pascal and Tiffany Haddish in The Unbearable Weight of Massive Talent, which is due out next year. In case you haven’t heard, The Unbearable Weight of Massive Talent will see Cage star as himself as he recreates some of his most iconic roles at the whim of a deranged billionaire drug dealer (Pascal), who is holding his wife and daughter hostage. Sign me ALL the way up for that one.