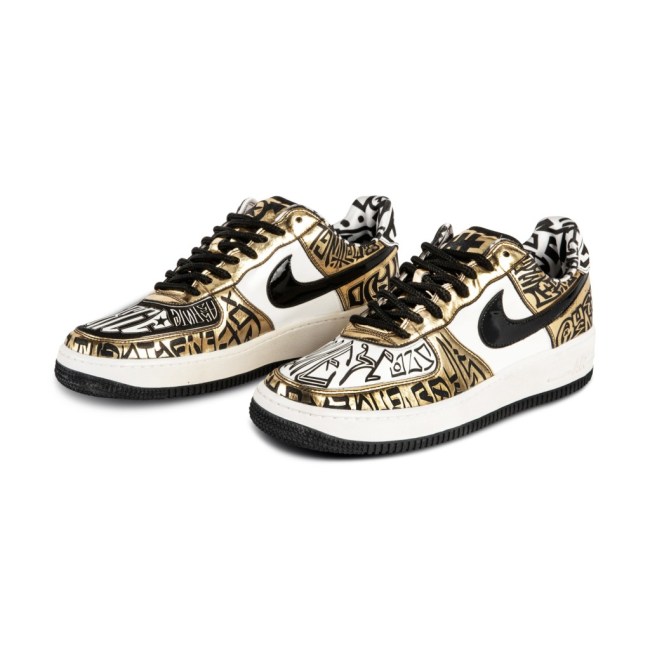 If you’re a diehard sneakerhead, this week is the time to moves on an iconic piece of streetwear history.

Legendary auction house Sotheby’s is currently running an online auction for a collection dubbed “Scarce Air“, featuring some of the “rarest and most desired” Nikes ever made.

The crown jewel of the showcase is a sneaker that was featured front and center in an iconic 2006 episode of HBO’s Entourage: The Nike Air Force 1 Turtle x Fukijama Sneakers.

The Nike x Undefeated Fukijamas were a major subplot in Entourage Season Three, Episode 11 – “What About Bob?”, with Turtle on a quest around Los Angeles to buy the sneakers. Like always, Vince figures out a way to come through after Turtle strikes out calling in favors. Turtle ends up scoring a pair of Fukijamas from Fukijama himself, limited edition “one of one.”

The official collab between Nike and Undefeated was released as super limited edition in 2009.

This rare pair is a 2009 collaboration between Nike and Undefeated in commemoration of the hit HBO television show Entourage. The Gold Fukijama Air Force 1 Low was the second shoe Undefeated and Nike designed in honor of the show. It was made in addition to the university blue – and less rare – Fukijama Air Force 1 featured in the same episode.

In the show, Salvator “Turtle” Asante spends an entire episode devoted to hunting down the Fukijama Air Force 1. Though Fukijama is a fictional artist, the sneakers pop culture history has led it to be a much sought after item for collectors. The striking Gold Fukijama Air Force 1 features a laser-etched design on metallic gold leather panels and black leather Nike Swooshes. The tongue and heel feature special UNDFTD graphics.

The Nike x Undefeated Air Force 1 Fukijamas are expected to sell for between $30,000 – 40,000 USD during the Sothebys auction, which ends on March 29.

As of this writing, there are only three bids.

Related: 10 Pairs Of Authentic, Retro Air Jordans On eBay Under $300

Sneaker YouTuber Jacques Slade recapped this episode in our Oh Yeah Oh Yeah podcast a couple years ago, noting that this episode of Entourage helped propel sneaker drops and sneaker collecting culture into the pop culture. It’s easily one of the most iconic sneakers in TV history.

With so much buzz around rare items and collectables these days, will be interesting to see how high the bidding gets at Sotheby’s.

Does the hype around the sneakers endure to push it into the six-figure range? 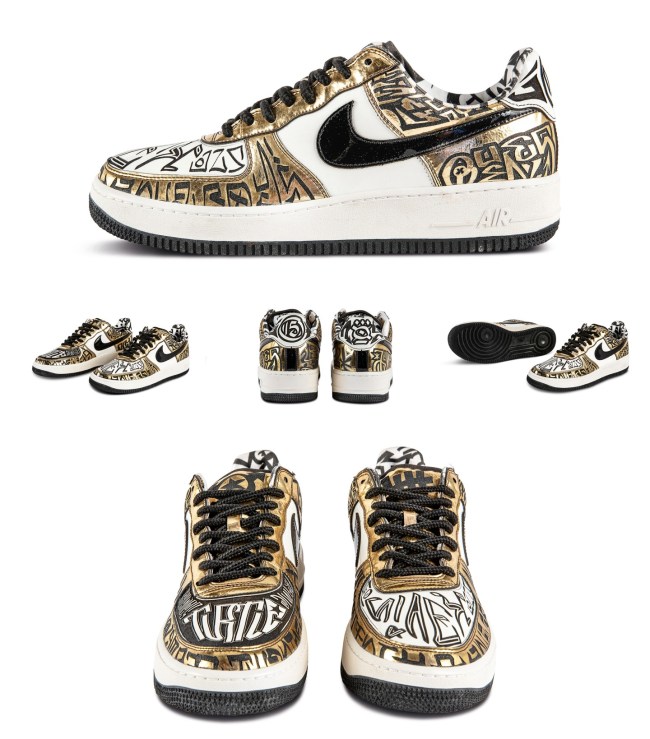