The Statistics Behind The ‘No Way Home’ Trailer Are Genuinely Mindblowing 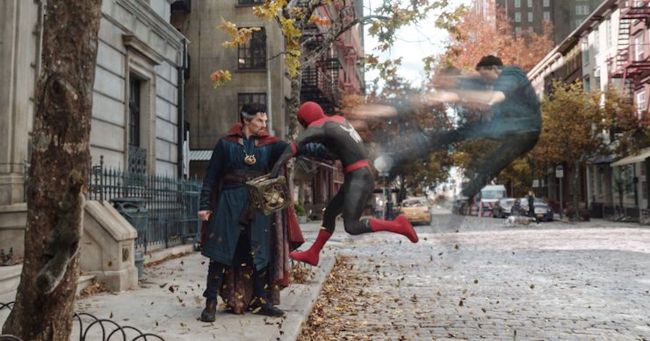 After months, if not years, of waiting, Marvel Studios and Sony finally decided to release the Spider-Man: No Way Home trailer and literally broke the internet in the process.

According to reports, the official Spider-Man: No Way Home trailer racked up a whopping 355.5 million global views in its first 24 hours, smashing the record previously set by fellow MCU film Avengers: Endgame, which posted 289 million views in its first day.

While the statistics of the Spider-Man: No Way Home trailer are mindblowing in a vacuum, they’re even more impressive when considering the context that an unfinished version of the trailer was leaked on Sunday night. Oddly, that like might have been beneficial for both Sony and Marvel, as it served of something of an appetizer to the main course or an opening act before the main event. The studios effectively got two days of hype for the price of one: everyone who watched and discussed the leak obviously did so with the official trailer.

Spider-Man: No Way Home — the fourth film in the Marvel Cinematic Universe’s Phase 4 following Black Widow, Shang-Chi and the Legend of the Ten Rings (which is excellent, check out our review), and Eternals — stars Tom Holland as Peter Parker / Spider-Man, Zendaya as MJ, Benedict Cumberbatch as Doctor Strange, Jamie Foxx as Electro, Alfred Molina as Doc Ock, Willem Dafoe as Green Goblin, and perhaps a few more surprises, such as Andrew Garfield and Tobey Maguire as Spider-Man, although their returns have yet to be confirmed.

At this time, the film is currently scheduled to hit theaters in the United States on Friday, December 17.