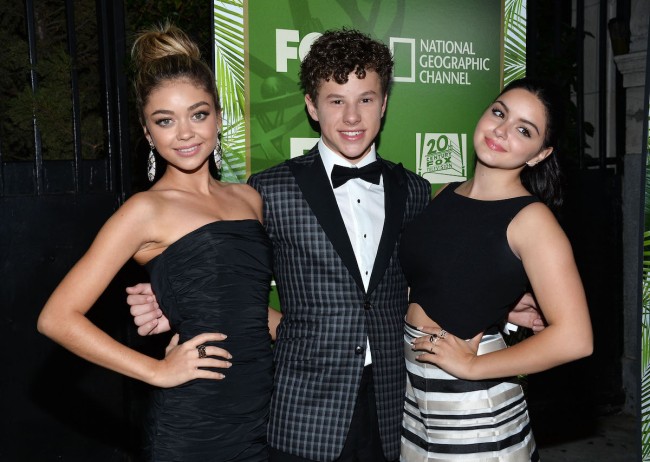 Nolan Gould grew up on television as Luke Dunphy in front of the world, which is never an easy thing for a kid.

The “Modern Family” star was just 10 years old when the show debuted back in 2009.

While the rest of the world paid attention to his fictional and fine-as-hell sisters – Sarah Hyland and Ariel Winter – Gould has slowly evolved into a solid comedic actor and got completely shredded after the show ended.

Gould is 22 years old now, still acting, and showing off his new six-pack in People magazine.

do you want to feel old? This is Nolan Gould aka Luke Dunphy aka the youngest Dunphy kid from Modern Family. pic.twitter.com/X5VkuTVwix

At first, Gould battled the same issues of the average Joe when the pandemic first hit.

“I spent six months basically on vacation,” Gould told People. “But I feel like now it’s time to kind of make a decision on where I want to go with my career, and one of the ways you can do that is by changing my look and my mindset.”

This new mindset involved an hour and a half training sessions with a personal trainer and changing his diet.

The actor also put himself on a “pretty crazy diet,” he says, which consists of lots of lean protein and vegetables, and no more “teenage boy/bachelor”-type meal plans where you skip meals and then end up eating “four pizzas at once.”

All his new muscles aren’t for show. Gould wants to put them to use on a few mountains in the near future.

“A lot of my life goals outside of acting have to do with the outdoors — I know I want to climb big rock walls in Yosemite, and so I want to get fit for that,” he told people. “One of my big life goals is to do the Pacific Crest Trail which is up the coast of America, Mexico to Canada and back.”

Hopefully, the mountain climbing ends better than his parkour career as a teen.

“I dislocated my hip trying to impress a girl while doing parkour and that was the end. I was done after that, obviously.”