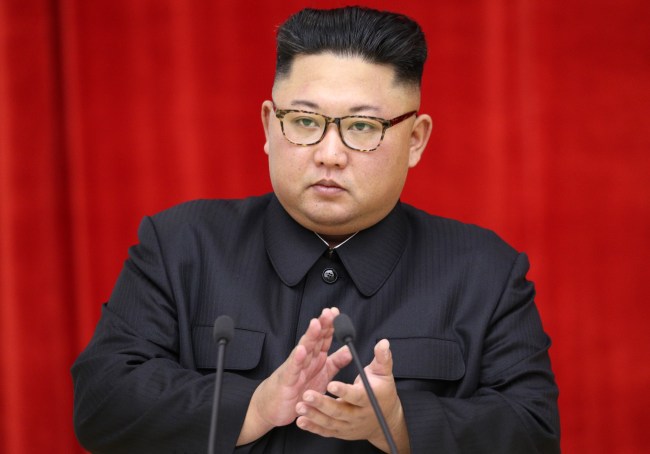 North Korea, the totalitarian dictatorship whose leaders starve many of its 25 million people by paying the average worker a meager $2,000 per year and deprive their citizens of the most basic freedoms, continues to redefine the depths of their evil.

According to two sources familiar with the matter, North Korean officials handed a $2 million bill for medical expenses for now-deceased Otto Warmbier in 2017.

Warmbier was detained in January 2016 and sentenced to 15 years hard labor for allegedly stealing a propaganda banner at his hotel. The University of Virginia student died after being returned the US in a coma after 17 months in detention. A coroner’s report stated that he died from an unknown injury causing lack of oxygen to the brain. He was just 22 years old.

North Korean officials issued a $2 million bill to the U.S. for Otto Warmbier's medical expenses before agreeing to release him; the college student was comatose when freed from North Korean prison in 2017 and died days later in Ohio https://t.co/6Bmrv3icVT pic.twitter.com/oM5VItc9JJ

Joseph Yun, the special envoy to North Korea at the time, signed a pledge to pay the $2 million bill when he and a doctor traveled to North Korea to transport Warmbier back on a medical evacuation plane on President Trump’s orders. The U.S. did not ever intend to pay the bill.

Earlier this month, at an event attended by Otto Warmbier’s family, Secretary of State Mike Pompeo discussed how paying ransom for hostages is a slippery slope that should not be breached.

“Please remember that any money to a terrorist or terrorist regime gives money so that they can seize more of our people,” he said. “We cannot accept that risk. You wouldn’t ask that of us.”

Trump drew the ire of many in February when he said he believed Kim Jong Un after he denied knowledge of Otto’s mistreatment.

“He tells me that he didn’t know about it and I will take him at his word. Trump also claimed that Kim “felt very badly. But he knew the case very well, but he knew it later.”

Fred and Cindy Warmbier, Otto’s parents, were not pleased with Trump’s soft stance on the matter, and released a statement to CNN:

Mind you, this is a man who Trump once referred to in a derogatory way as “little rocket man.” Trump later defended himself on Twitter, saying:

“I never like being misinterpreted, but especially when it comes to Otto Warmbier and his great family,” the President said at the time. “Remember, I got Otto out along with three others. The previous Administration did nothing, and he was taken on their watch.”

The Warmbiers sued Pyongyang over their son’s death and requested $1.05 billion in damages and $46 million for the family’s suffering. In December, Judge Beryl A. Howell awarded them $501 million dollars in damages, but the chances of them seeing that money are slim.

What a sad saga.