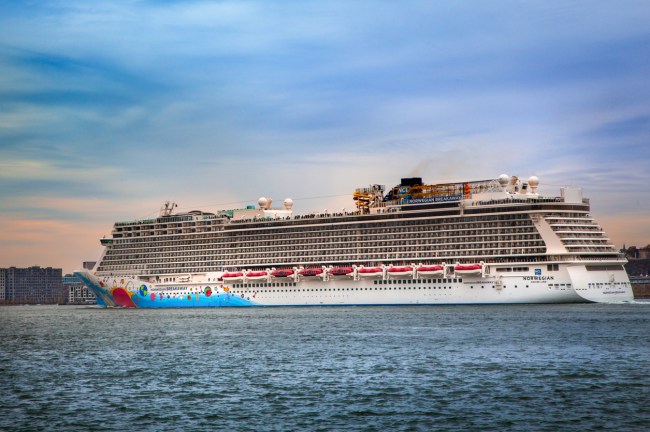 One couple learned an expensive lesson on how proper decorum while on a cruise vacation is important and how bad behavior can get you kicked off your cruise ship. Long-time cruisers were booted from their cruise ship after a passenger called a Norwegian Cruise Line employee an “idiot” and made a veiled threat.

Robert and Esther Gaines say they are “loyal NCL customers” who enjoyed a cruise for their honeymoon 40 years ago. “That’s what the biggest thing is, it’s the shock that this happened to us,” Robert Gaines said about getting removed from his most recent cruise on the Norwegian Breakaway ship.

Esther Gaines told NBC Miami: “We’ve never had a bad experience.” Up until their most recent cruise trip on Norwegian Cruise Lines where things went south in a hurry.

The couple left for their seven-night cruise on the Norwegian Breakaway cruise ship out of Florida in May. The cruise was set to visit the British Virgin Islands and the Bahamas.

The couple were on the cruise ship when they went to the theater to see the Burn The Floor, a live dance show. According to the couple, a family member had reserved seats in advance for the Gaines.

Apparently, the other relatives were already seated, but the NCL employee informed the couple that there were no seats reserved for them and they were not permitted into the show. That’s when Robert lost it.

Robert said, “I said ‘Listen you idiot, I’m telling you right now that my family is in the show. Why are you keeping me out of the show?'” The employee then called for security after the situation escalated.

“They started calling security and I may have made a comment that said you better get more than a couple because I’m a big guy,” Robert said at one point during the confrontation.

Robert said that things didn’t get physical when security arrived, but he said, “They were really scaring me.” The situation sounded like it was resolved and the Gaines’ went back to their cabin.

However, nearly two days after the incident, the cruise ship’s security officers showed up early in the morning at the stateroom of the couple. “She said because of the incident the captain has reviewed everything and he’s decided Robert has to disembark in Tortola,” Esther said of the security officer. “I gasped, I couldn’t believe they were saying that.”

Robert said, “I was being treated like Public Enemy No. 1!” Esther added, “The worst part of it – it was the beginning of our cruise.”

Norwegian Cruise Lines issued a statement on the situation. “We are in the business of providing incredibly positive and memorable experiences for all our guests,” the statement read. “We also care deeply about our team members and work very hard to ensure they are happy and treated with the utmost respect. Therefore, we do not take kindly to anyone who behaves badly by disparaging others or creating an environment which erodes the experience we are providing for our guests and crew.”

“We have a zero-tolerance policy aboard our fleet when it comes to inappropriate or discourteous behavior,” the statement continued. “Guests are advised of this in our Guest Conduct Policy, which is agreed to by all guests upon payment of the cruise fare.”

“Any guest that violates these policies is subject to removal from the ship by order of the captain and is responsible for all travel arrangement expenses incurred,” NCL said. “All travel companions of a removed guest remain in good standing and receive the exceptional service for which our crew members are recognized. Please know that we do not take the removal of guests from ships lightly.”

The Gaines’ ended up spending hundreds of dollars to get back home from the Caribbean island of Tortola. So was Norwegian Cruise Line too harsh in their handling of the situation by expelling the passengers for the altercation or was Robert out of line and deserved to be kicked off the cruise ship?