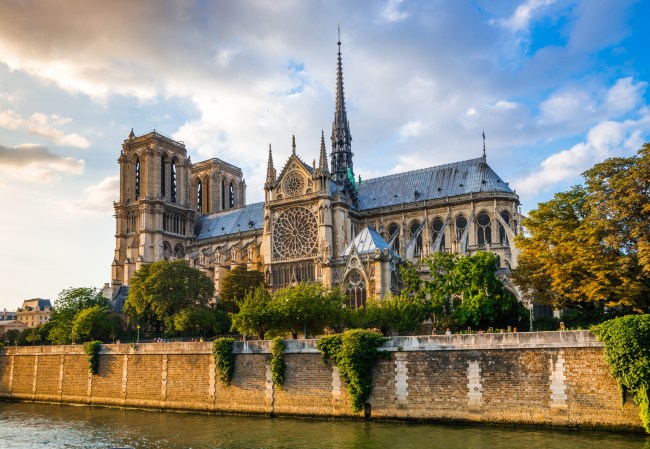 The Notre Dame Cathedral, which broke ground in 1163 and has been a beacon of French Gothic architecture since, went up in flames on Monday afternoon. Firefighters are working desperately to save the 850-foot building, but the roof and the iconic spire have already collapsed.

According to BBC, the cause of the fire is still unknown, but it is believed to be linked to the recent renovations of the building that began after the Catholic Church in France appealed for funds to save the dilapidated building last year. Local authorities are treating it as an accident.

Firefighters at the scene claim to be directing efforts towards saving the artwork located at the back of the one of France’s most iconic buildings. We’ll know by tonight if the building can be saved.

And down goes the Notre Dame spire. This is truly unbelievable.
(h/t @H_Miser) pic.twitter.com/8HrQ7iAA8J

After my last tweet, I got a couple DMs asking firefighting related questions about the #NotreDameFire.

I -like most of you- are watching from a world away. But if you’re interested in some profession specific things I’d note/be concerned of, you can follow this thread. pic.twitter.com/golMnbYsDK

President Emmanuel Macron arrived at the scene after canceling a nation-wide address he was set to give later Monday evening.

Notre-Dame is aflame. Great emotion for the whole nation. Our thoughts go out to all Catholics and to the French people. Like all of my fellow citizens, I am sad to see this part of us burn tonight. https://t.co/27CrJgJkJb

So horrible to watch the massive fire at Notre Dame Cathedral in Paris. Perhaps flying water tankers could be used to put it out. Must act quickly!

Personal Story: I’ll never forget having a 6-hour layover in Paris on my flight to Estonia, shuttling into the fourth arrondissement of Paris, picking up a pack of cigarettes (as the French do) and sitting outside the Cathedral marveling at its beauty and being energized by all that was happening in the large square outside its doors. That is me in the red shirt lugging a 60-pound bag around Paris just to steal a glimpse at this beast. 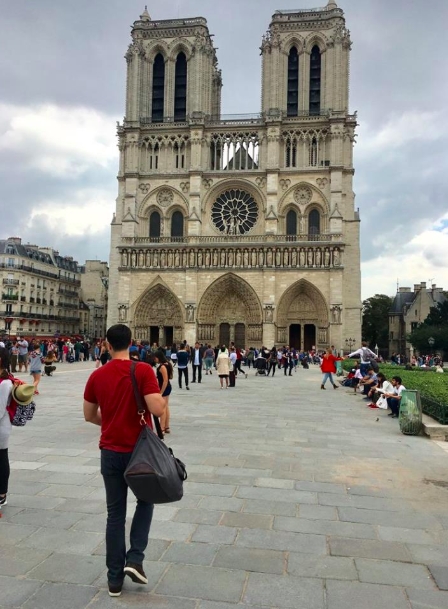