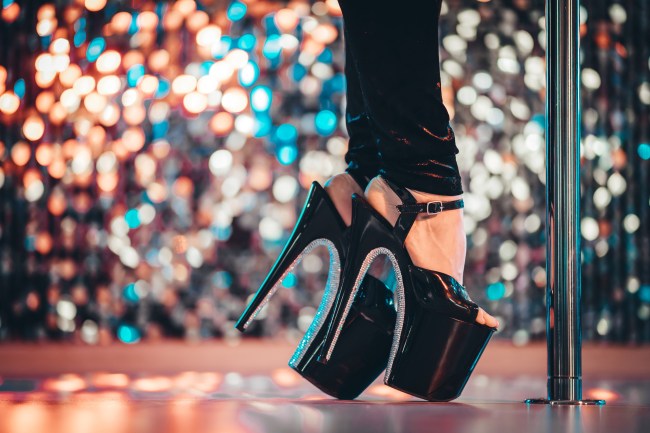 The world is changing so fast over the past few weeks that most people are struggling to keep up with the news. This rapidly changing landscape is our new normal for a while and we’ll have to find new ways to stay connected, learn, exercise, stay busy, and go about our lives.

Die Happy Tonight (DHT) is a New York-based members-only gentlemen’s club and in an effort to thwart the spread of germs they will be offering virtual reality lap dances that free for anyone! All you’ll need to do is singup on their site and boom, VR lap dances.

The NYPost reports that the Die Happy Tonight gentlemen’s club has had this virtual reality experience in the works for a while but the current state of the world has accelerated the launch:

Known for its “wholesome” girl-next-door strippers, the DHT gentlemen’s club has had VR in the works, but the launch “just happens to come at a time where people aren’t leaving their home,” founder Kalin Moon tells The Post.

“The entire world has seen a drastic change just in the last week,” Moon says. “People need human connection and need to be entertained. VR is a great way to accomplish this from the safety of your own home.”

Offering up-close-and-personal lap dances with a bevy of beauties gyrating and grinding for the camera, the VR uses a 360-degree video meant to transport the viewer into the club’s VIP room, allowing the user to move around within the space. Unlike cam girl stripteases — which have largely skyrocketed as many isolate themselves to avoid contracting the coronavirus — it’s meant to be immersive: Pan left or right in the videos and you’ll find a fellow patron in the champagne lounge getting a topless lap dance, too.

The new VR dances are available online, on mobile devices and headsets starting Monday for anyone using password “livefree” at signup.

While the technology itself is nothing new — a San Francisco jiggle joint debuted a VR experience in 2017 and there are plenty of online gaming versions to choose from — Moon says strip clubs are learning to adapt since the industry “changed drastically” in the wake of the 2008 market crash. (via NYPost)

Now there will be thousands and thousands of dudes stuck at home, ordering VR headsets online, having to explain to their roommates, partners, wives, parents, whoever why they are ordering a VR headset in the middle of all this and locking their door for hours at a time.

According to the Post, a typical membership to the members-only Die Happy Tonight club starts at $1,200 and this is meant to give potential patrons a taste of what they’d receive inside the club if they fork over the membership fee. You can find Die Happy Tonight’s Instagram right here with links to their club if you’re interested in checking all of this out.

As for that ‘shelter in place’ order in NYC, de Blasio hasn’t issued a ‘shelter in place’ order yet. Mayor Bill de Blasio was on the TODAY Show earlier this morning saying he won’t make that decision without New York governor Andrew Cuomo and Cuomo’s indicated that isn’t likely to happen. Of course, everything can change in an instant. This time last week we were all waiting for the College Basketball tournaments to start the next day.