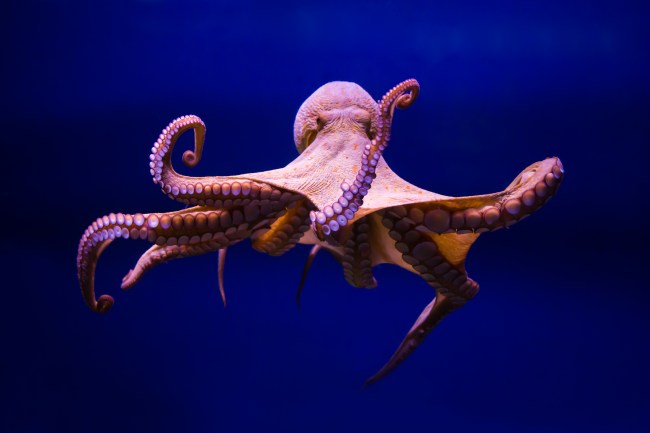 The octopus is one of the coolest species on the planet. As far as I’m concerned, these are the closest thing we have on planet earth to an alien species but I’m not here to spend a ton of time qualifying that with facts, I’m here to talk about how trippy this octopus named Heidi is.

So, without saying that Heidi the Octopus is dreaming in this clip we can sort of fill in the blanks and say that something very active is going on while the octopus is asleep. What we’re seeing is here the octopus displaying its natural defense mechanism of color change at a rapid pace all while sleeping.

Heidi the Octopus goes quickly from all-white to brown to yellow to camouflage and continues to go back and forth between these various colors, all while sleeping.

I have no idea how much marine-life footage I’ve seen over the years on YouTube and in real-life but I can definitely say this is some of the trippiest footage I’ve ever seen, and I’m now more convinced than ever that these are real-life aliens living in our oceans.

Look at this shit!

The person in the video implies that this might’ve never been filmed before, I have no clue if that’s true or not but it’d be really cool if this is the first footage of this phenomenon. This clip above from Nature on PBS took me down the rabbit hole to finding this video of an Octopus that made its home in a coconut:

I’d say that I want to shut my computer for the day and go buy an octopus as a pet. Fill up a saltwater tank and get rolling. But I’m fairly certain that these creatures are as smart as whales (and humans) and it would just resent me for putting it in an aquarium.

Instead, I’ll just stick around and watch Octopus videos for the rest of the day on YouTube.