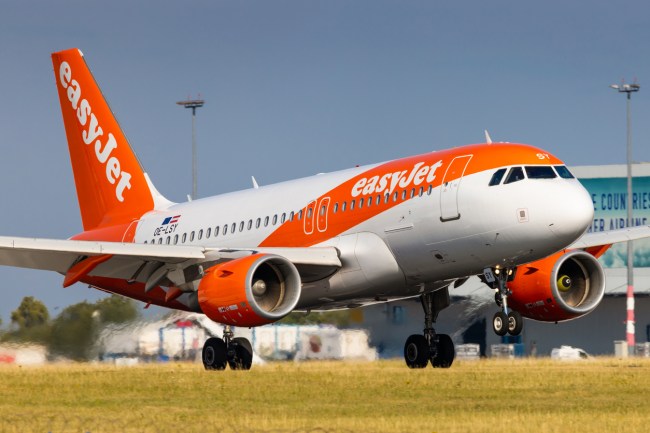 Any delay on a flight you’re on is the worst thing ever. But if the delay is hours long then it is dreadfully bad, even worse than being a Tennessee Volunteers football fan in 2019. Thankfully for passengers of one flight, there was a hero amongst them. An off-duty pilot that stepped up big time to take everyone on their vacation.

Michael Bradley is a pilot and a passenger on a recent EasyJet flight from Manchester, England to Alicante, Spain. But he was not the pilot of this particular flight, until he needed to be.

The flight was delayed because the captain of the plane was at home on standby because of a computer system failure at French Air Traffic Control. The pilot was in Liverpool and it would have taken him 90 minutes to travel to Manchester Airport. Bradley, who is an EasyJet pilot, offered to help fly the plane so that the flight could finally take off without further delays.

A Facebook video shows Bradley addressing the passengers: “she [his wife] rolled over and punched me in the back of the head and said, ‘Our flight is delayed by two hours because they are minus one captain for the flight.'”

To quote Elaine Dickinson from the movie Airplane!, “By the way, is there anyone on board who knows how to fly a plane?” Bradley, his wife and his son were sitting in Row 15 before he moved to the cockpit to get the plane flying.

Bradley says in the video, “Just before we went through security, I thought, ‘I wonder if this is worth a phone call. I think it is!'”

Bradley volunteered to fly and was allowed to because he had his ID and pilot’s license with him at the time. Which is great, but it also sounds a little too convenient. If it weren’t for Bradley’s heroics, the flight would have likely been canceled. There should be a backup pilot for every flight, like a backup QB.