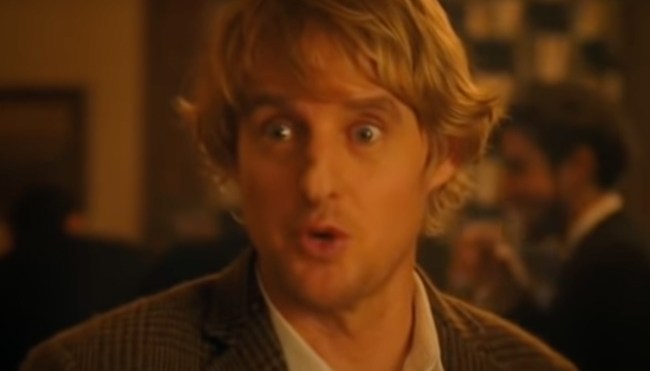 There are a number of actors who have certain quirks that pop up on screen time and time again regardless of the character they’re playing, like Matthew McConaughey’s coy smirks, Christopher Walken’s alienesque syntax, and Samuel L. Jackson’s ability to make a drill sergeant blush with the swear words he usually trots out.

That group is also home to the one and only Owen Wilson, whose trademark idiosyncrasy is his tendency to utter the word “Wow” (or, perhaps more accurately, “Weeoow”) in many of the projects he appears in.

It’s not entirely clear why Wilson has such a penchant for Wowing, but what is clear is that people have taken notice—including an impressive number of strangers who assembled in Melbourne, Australia a few years ago to pay tribute.

It also includes one incredibly dedicated soul who took the time to assemble what would appear to be the definitive database concerning Owen Wilson’s Wows, as they not only devoted valuable hours of their life to documenting every single instance but put together various codes that can be harnessed to summon your “Wow” of choice if you possess the technological know-how.

According to the data, Wilson has uttered “Wow” on 91 different occasions over the course of 29 films as of 2022, and thanks to one enterprising user who was able to use the API to create a Random Wow Generator, you can now spend more time than you probably should trying to make your way through every single one of them.