Diddy Ad-Libbed His ‘Get Him To The Greek’ Scenes, Absolutely Cracked Up Jonah Hill, Aziz Ansari, Jake Johnson, And Nick Kroll 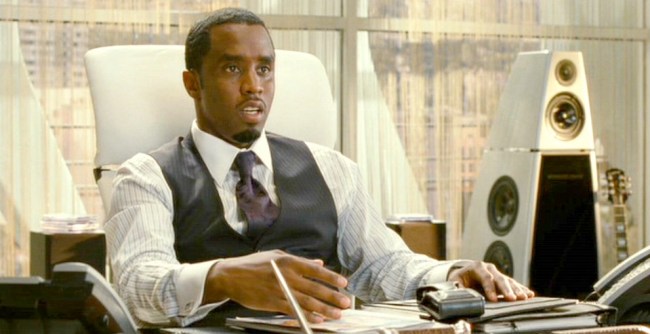 When I head into celebrity interviews, like most self-respecting “entertainment writers” or whatever, I try to come equipped with questions that the subject of said interview probably hasn’t heard yet, at least that day.

Take Jake Johnson, for example, who we spoke to earlier this week while he was promoting his new animated Netflix series Hoops. Given that Johnson is best known for his role on New Girls and in Spider-Man: Into the Spider-Verse, I imagine he’d spent most of his recent press engagements ceaselessly talking in circles about Nick Miller and Peter B. Parker.

So, for both the sake of the interview and for my guest’s general sanity, I try to come to the table with something fresh, which is what led me to ask Jake about his brief yet memorable appearance in Get Him To The Greek alongside none other than P. Diddy.

For those who don’t remember, Diddy is arguably the funniest person in a movie that features the likes of Jonah Hill, Russell Brand, Aziz Ansari, Nick Kroll, and Johnson himself.

Originally, I was planning on bringing it up towards the end of our 30-minute interview, but this Diddy scene has stuck in my memory for the better part of a decade now, so I simply couldn’t resist blurting it out about half-way through. And, man, am I glad I did, because not only did Johnson tell us about Diddy ad-libbing scene, but he told us an incredible story about accidentally wearing a full sweatsuit when he went to go meet the entire cast and crew of Get Him To The Greek for the first time (the ad-libbing bit starts at 4:20):

Jake Johnson accidentally wore a full sweatsuit when he went to go meet P. Diddy for the first time 😂 pic.twitter.com/tSWFmvyV8p

Make sure to subscribe to The Post-Credit Podcast so you can check out our full interview with Jake Johnson when it drops on Monday, August 17. Also, with DC FanDome just two weeks away, we’re currently doing a rewind of all the DCEU films thus far, so make sure to check those out as well.