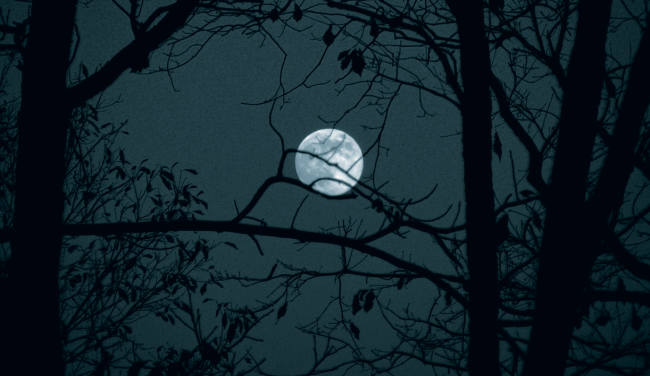 A pale “humanoid” figure was caught creeping around out side of a home on a security camera in the Red River Gorge area of Kentucky and the internet wants to know, what was it?

The sighting was reported on by multiple media outlets after it was posted to a Facebook Group by a man named Douglas Windsor McLoney III last week.

McLoney, a resident of Morehead, Kentucky, claims the images, including at least two videos, were taken from a security camera.

“This thing was caught on a security camera at one of the cottages up at the gorge,” he said.

“I’m gonna try to get the original video to show,” he added. “There are two videos actually, and it shows the way the thing moves, and it doesn’t move like a human. It moves almost like its knee caps are backward. Reminds me of Smeagle of Lord of the Rings. But in that last picture, you can see the ribs, and pretty much the bones.”

What exactly is this “humanoid” figure that was caught on camera in Kentucky?

Some are speculating that the figure in the videos is some sort of new, unknown cryptid. Some believe it could be a person in a full body suit of some kind, a drug addict or a mentally ill person. While others think it might just be an alien or a pale crawler.

i saw a strange pale white thin & tall humanoid figure run across the street from my neighbors yard to the back of my other neighbors yard when i was young and getting my hair braided, it had large black eyes and it’s limbs didn’t make sense for it’s body & it saw me too

Take a look at the video below and decide for yourself.

This is far from the first time an unidentifiable creature and/or object has been unknowingly caught hanging around outside of someone’s house.

A triangle shaped UFO was caught on a doorbell camera in England last November.

In November 2020, a cloaked UFO was recorded on a security camera passing over a home in Irving, Texas. Another was spotted in California in May of that year.

And back in June of 2020, three UFOs were seen on a security camera entering an underground “alien base” in Puerto Rico.