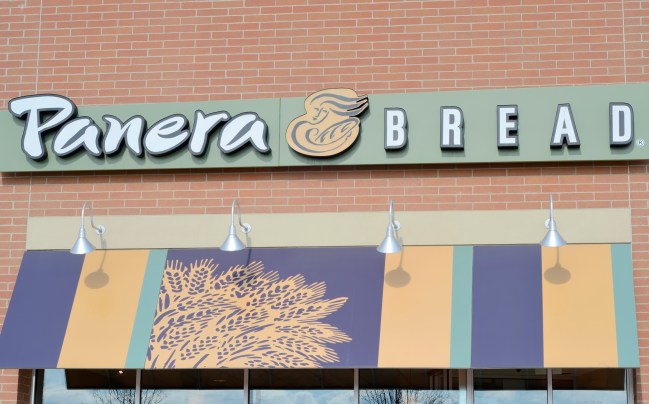 Panera Bread, aka your Aunt Cheryl’s favorite fast casual food chain, has come under fire by those who weren’t yet convinced the food is, as one correct Twitter user called it, “glorified hospital food” (except for the french onion soup, which I find to be quite pleasing to the palate).

A Panera employee’s video titled “exposing Panera” went mega-viral on TikTok last week for the hackish manner in which the “clean” food chain prepares its mac and cheese.

The video, which has amassed over 10.5 million views, features a Panera Bread worker placing a frozen bag of macaroni and cheese into a vat of boiling water, with the cackling color commentary of a man who seems to relish in this technique.

Apparently, this is how Panera Bread prepares the mac and cheese. (via TikTok) pic.twitter.com/jUv47TYBhm

Panera spokeswoman Jessica Hesselschwerdt confirmed to USA TODAY that Panera does indeed freeze its soups and mac and cheese “to avoid using certain preservatives that do not meet our clean standards.” The chain also told the Washington Post that the product “made offsite with our proprietary recipe developed by our chefs.” “Chefs.”

Panera’s company line owning up to the practice didn’t stop them from firing the employee, who confirmed it on Twitter:

lol i lost my job for this video https://t.co/0Ao8a4revN

There was no wrongful termination. Having such long nails and my phone out is a risk to food safety and health regulations. Everything was completely justified. I made a mistake and i’ve learned from it. I will always love panera and their food.

It’s almost more ridiculous to realistically think there is a Panera chef back there grating the cheese and rolling dough into pasta. I’m sure this is a standard practice for budget restaurant chains across America, but there’s something super “fuck it” about dropping a pre-packaged plastic pouch into boiling water and serving it on a ceramic plate.

P.S. The Panera hate on Twitter is out of control.

I’m part of the population that hates Panera

I worked for @panerabread for years. This is also how their soups are “prepared” in store. Shipped frozen in a plastic bag. Newsflash- the raw bagels are shipped there frozen. Don’t even get me started on the disgusting pulled chicken. #panera #panerabread https://t.co/WYBqlWUwoi

Panera bread is airplane food for the ground