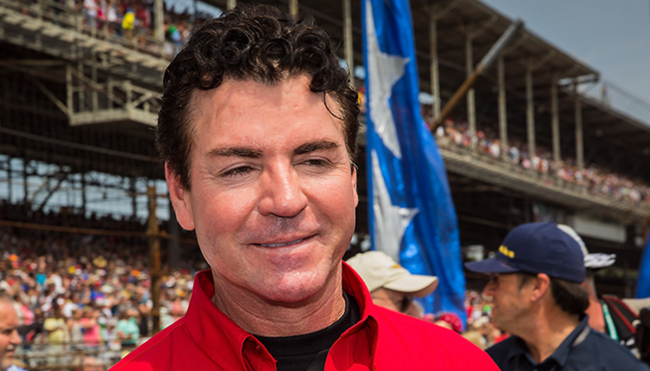 It’s been over three years since John Schnatter—a.k.a. The Papa John—announced the company he founded was severing ties with the NFL, which stemmed from the league’s refusal to bend the knee to the pizza mogul after he made it clear he was not happy with its decision to allow players to take a knee on the sideline during the national anthem.

The Papa John’s founder was far from the only person who wasn’t thrilled with people using sporting events to make political statements, but it was kind of ironic when you consider he’d never had a problem using the platform he built for himself to espouse his conservative views and publically voice his support for candidates who share them (in addition to using his pizza fortune to help fund their campaigns.)

I, on the other hand, staunchly believe pizza and politics should exist in two entirely separate realms, and (to borrow a phrase that’s frequently parroted by the “Stick To Sports” crowd) I would’ve preferred if Schnatter has simply shut up and made pizza. Unfortunately, after failing to stop himself from opening his mouth on a conference call in 2018 where he uttered the n-word, he resigned from his chairman’s position on Papa John’s board—which is when things started to get very weird.

After spending some time out of the spotlight, Schnatter came roaring back into the public eye when he sat down for a bonkers interview where he claimed he ate 40 pizzas over the course of 30 days before issuing a strangely ominous warning concerning “the day of reckoning” he promised was coming.

It seemed that fateful moment arrived at the end of last year when a former judge took a closer look at the series of events that led to Schnatter stepping down and determined he’d been the victim of a falsely constructed narrative (although the investigator in question was hired by Papa John himself, so do with that what you will.)

However, it looks like the true Day of Reckoning is officially here based on the videos he recently posted on what is objectively the best platform to harness when you want people to take you seriously: TikTok.

After making an account around a year ago, Schnatter primarily used TikTok to stunt on his haters by showcasing everything he’d been able to buy with that sweet, sweet Papa John’s money that’s afforded him an incredibly lavish lifestyle. However, things took an odd turn earlier this week when he posted a video of himself in front of a poorly constructed green screen while issuing an almost unintelligible message.

The following day, he dropped an absolute bomb on an unsuspecting TikTok world by announcing the Day of Reckoning he’d promised is now upon us. He did so by posting a few audio clips from a “secret recording” of that fateful conference call with an ad firm he claims conspired to get him to “slip up” in the hopes he’d say something “perceived as provocative and potentially damaging.”

Click the link in my bio to listen to the full tape. #papajohn #dayofreckoning

I’ll let everyone come to their own conclusions, and while I can understand why Schnatter feels like his comments were taken out of context, I feel like someone who didn’t use the n-word on a fairly regular basis wouldn’t need to spend 20 months banishing it from his vocabulary.