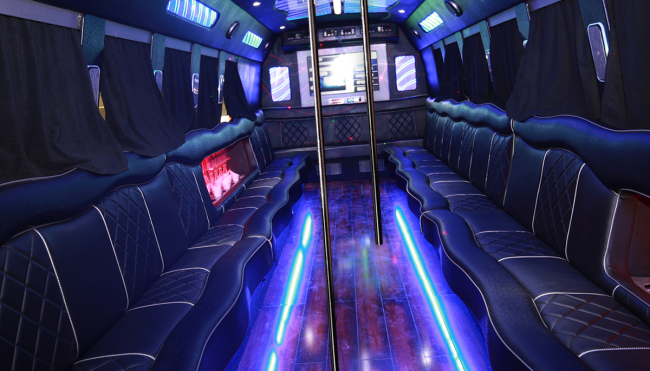 A lot of people have pretty fond memories of riding the school bus as a kid, as there was something particularly exhilarating about posting up with friends all the way in the back and trying not to piss off the driver while soliciting peace signs from strangers, encouraging truckers to blare their horn, or discussing many people’s obsession with scrutinizing the potential pitfalls of socialism while happily turning a blind eye to the palpable downsides of capitalism manifested in countless aspects of our daily lives.

However, as I’ve been rudely reminded at weddings where I’ve had to cram into a pleather-clad seat while experiencing the full brunt of every single bump and pothole encountered on the way to the reception, school buses aren’t exactly the most glamorous mode of transportation.

The same can not be said for the vehicle that ferried a group of high school students in Boston during a field trip last week. According to MassLive, juniors currently taking AP Language & Composition at the Brooke Charter School got quite the surprise when they discovered their ride for the day was a swanky party bus outfitted with multiple stripper poles.

The students were accompanied by English teacher Jim Mayers, who originally recapped the trip and posted a picture of the interior in a now-deleted thread on Twitter. As you might expect, a lot of drivers aren’t exactly clamoring for the chance to pilot a bus filled with kids (many of whom are too young to be vaccinated) in the middle of a pandemic, and Mayers said a shortage that’s impacted schools around the country forced his to outsource to the company that supplied the party bus.

Mayers explained his decision to delete the tweet after it went viral, saying he was simply hoping to provide other teachers with a quick laugh in a post where he attempted to shine a light on the systemic issues faced by his colleagues, students, and the people who make a living transporting them.

Ms. Frizzle has nothing on Jim.