Patty Jenkins Described Getting ‘Wonder Woman’ Made As ‘War’, Which Is Not Ideal! 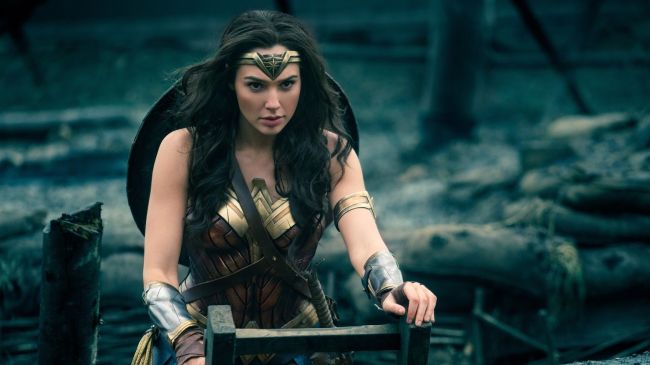 When I first tweeted my initial thoughts about Wonder Woman 1984, it was about three or four days before its release on Christmas, and at the time, early reactions were largely positive, as its Rotten Tomatoes score sat at an 89%. Luckily, for the sake of my Twitter mentions, the general opinion of the film eventually aligned with mine, as the WW84 now holds a 60% critics score.

Now, this isn’t to say Wonder Woman 1984 is the worst comic book film of all-time. In fact, I’m saying the opposite: it’s simply average, if not slightly below average, which is certainly not unique to the genre. What is unique, though, is the manner in which the franchise fell off, as the original Wonder Woman is widely beloved by both critics and audiences. Sure, Iron Man 2 is also far worse than the original, but that was back when the Marvel Cinematic Universe was still trying to figure out what worked. Warner Bros. and DC had the benefit of already knew what worked… and that was 2017’s Wonder Woman!

As it turns out, though, getting the original film made wasn’t as simple as the excellent final product may suggest, as director Patty Jenkins recently described the development process as “internal war”.

“They wanted to hire me like a beard; they wanted me to walk around on set as a woman, but it was their story and their vision,” Jenkins said. “And my ideas? They didn’t even want to read my script. There was such mistrust of a different way of doing things and a different point of view.”

“Even when I first joined ‘Wonder Woman’ it was like, ‘Uhh, yeah, OK, but let’s do it this other way.’ But I was like, ‘Women don’t want to see that. Her being harsh and tough and cutting people’s heads off… I’m a ‘Wonder Woman’ fan, that’s not what we’re looking for.’ Still, I could feel that shaky nervousness [on their part] of my point of view.”

“They were nervous that it wasn’t viable… They were all freaked out by all the female superhero films that had failed, the smaller ones that had failed, and also Christopher Nolan was making the ‘Dark Knight‘ thing, so I think they were just trying to figure out what they were doing with DC at that time.  This was an internal war on every level about what ‘Wonder Woman’ should be.” [via Marc Maron’s WTF Podcast]

While Warner Bros. ultimately was able to settle on a successful concoction for Wonder Woman, everything fans loved about that movie was non-existent in the sequel. Hopefully, the already-announced third film will bring the franchise back to the heights we know it can reach.