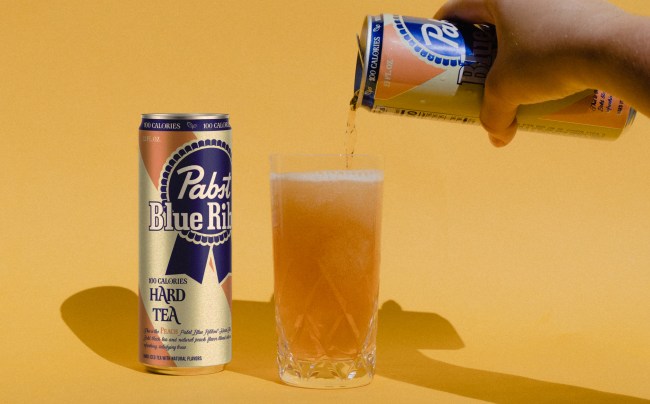 One of the most important lessons to learn after being introduced to the magical world of alcohol is how to drink responsibly, as being aware of your tolerance level and knowing when you’re about to reach the point where your brain flips the switch that puts it into “DO DUMB SHIT!” Mode is absolutely essential if you care about preserving your health, a clean criminal record, and your dignity.

However, rookie drinkers trying to determine their threshold are faced with a bit of a conundrum, as I’d argue the only way to truly discover your tipping point requires you to have at least one of those nights where you don’t just cross the line but fucking launch yourself over it in a shoddy backyard rocket before crashing back down to Earth the following morning with a headache and a heart full of regret.

In a perfect world, you’d only need to do that once. However, it can be pretty tricky to get the point in life where you know when to call it a night when the best way to reach that point in the first place is with the help of a substance that yells “KEEP GOING, BABY!” a little louder every single time you have more of it.

It took me longer than I like to admit to develop a sense of self-restraint that was practically non-existent during my college days, where I spent four years developing a greater understanding of complex theories birthed from history’s greatest thinkers while failing to grasp the concept of “moderation” almost entirely.

Thanks to my tendency to give the warning signs of a looming blackout about as much respect as the world does to “Check Engine” lights, I developed a few severe aversions to drinks I’ve sworn off almost entirely (it’s been over a decade since I’ve had a sip of rum courtesy of a plastic bottle of dark liquid featuring a knockoff swashbuckler named “Admiral Nelson” on the label).

There was one summer where a friend and I got into the habit of picking up a jug of Arizona iced tea and the cheapest handle of vodka we could find and making both of them disappear quickly enough that it became an almost daily tradition. Unlike rum, that combination doesn’t make me physically gag when I come across it in the wild but I can’t say I’ve rushed back to try it.

As a result, I was a tad skeptical when Pabst was nice enough to send their newest offering my way in the form of PBR Hard Tea. 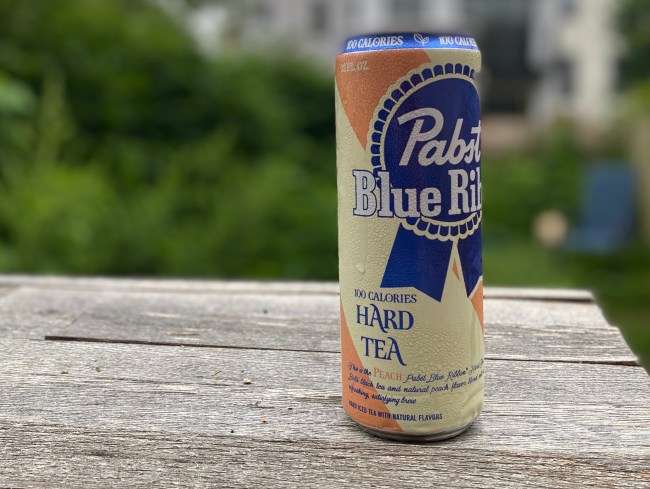 PBR has been branching out a bit by getting into the whiskey game and whipping up an absurdly good hard coffee, and last year, they introduced what was the booziest hard seltzer on the market before Four Loko came and did what Four Loko does best.

While my past history made me a bit hesitant, I’d been looking to switch things up and figured that the 4% ABV it’s rocking is likely significantly less than the concoctions I was whipping up in a six-bedroom house that was home to fourteen dudes back in the day. After grabbing a bucket just to be on the safe side, I popped it open and I couldn’t be happier that I did.

I’m not entirely sure why I assumed it wasn’t carbonated but the first sip was a very nice surprise, as the pleasantly bubbly drink manages to stray away from befalling the sickly-sweet fate of far too many of the hard seltzers on the market these days. I’m not a huge tea guy but both it and the peach are together in perfect harmony; equally present without being overpowering.

I’m not going to explicitly admit to conducting this taste test at 9:30 A.M. on a weekday, but if I did, I’m sure I’d be able to confidently say it didn’t impair me in the slightest. As a result, I could absolutely see myself slowly making my way through a bunch of these while chilling outside on a hot day without having to worry about any repercussions down the line.

I’m not going to go as far as to say hard tea is the new hard seltzer, but if you’re looking to bring a little variety into your life, it’s hard to go wrong with this.