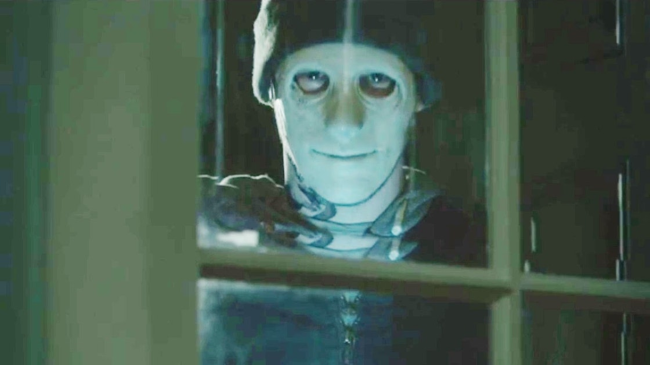 What is the scariest movie you have ever seen? That is the question one person put to the Reddit community recently.

For many people, that would not be a very easy question to answer. The sheer number of scary movies that have been released over the decades makes it almost impossible to narrow down to just one.

That being said, it’s exactly what hundreds of people on Reddit tried to do, and many of their responses might be films you would have otherwise not considered.

Also, from the sound of many of the responses, the scariest movies many people have ever seen in their lives were watched when they probably shouldn’t have been: when they were kids. (Guilty.)

So, if you’re a fan of scary movies and the horror genre, you might just find that there are a few movies on this list you hadn’t considered that need to be to put on your watch list.

Naturally, there were a lot of films mentioned that many of us have already watched like Alien, Nightmare on Elm Street, Pet Semetary (the original), Hush, Candyman (the original), The Blair Witch Project, Texas Chainsaw Massacre, Invasion of the Body Snatchers, Insidious, Paranormal Activity, Poltergiest, Night of the Living Dead, The Ring, The Exorcist, and Jaws.

“When I was a kid, Pumpkinhead. When he twisted dudes head off, yeah F that,” wrote Agreeable-Error9292.

“I watched Salems Lot when I was 12 or 13 and it terrified me. I was expecting scratches on the window every night for weeks after,” responded jlonerga.

“Eden Lake scared the hell out of me. It was very real and touching,” Vigilias answered.

Other scary movies listed that you may have watched included Sinister, The Descent, Event Horizon, The Lazarus Effect, Funny Games, Jacob’s Ladder, The Witch, The Lodge, The Thing, Dead Silence, Shutter, Room 1408, It Follows, What Lies Beneath, Hereditary, Jeepers Creepers, It Only Comes at Night, and The Changeling.

Now here is where the list of the scariest movies goes a little bit off the beaten path.

“For sheer fear, the Lights Out short. Only time I had to check I hadn’t peed a little at a jump scare. The build-up of dread was just…yes,” commented shekoksbathbonnet.

“Pulse (the original Japanese one). It genuinely caused an emotional spiral that almost landed me in the hospital,” replied mustnttellies.

“Grave Encounters was pretty damn horrifying. But I’d say the movie that instilled the most terror in me was A Dark Song,” wrote abigailleyva.

“I would say that the Spanish found-footage zombie film Rec scared the hell out of me. I could handle the zombies themselves, but the Portuguese girl trapped in that abandoned apartment?! Urgh!” said SlingItInTheVan.

“House scared me as a kid. The scene when the wife bends down to pick up the bullet that fell off the table and she pops up as a big pink monster with big teeth and she does this high pitched squeal/laugh. Scared the hell out of me. That was like 25 years ago and I still haven’t forgotten that scene lol,” recalled cantstandya1234.

“Fire in the Sky (1993). It has the scariest alien abduction scene I’ve ever seen, and it really f—ed me up as a child,” replied ghostmetalblack.

“Martyrs ruined me. I didn’t know what to expect going in and as soon as you think you have a feel for the plot the movie takes the darkest turn imaginable,” bunnysmugler wrote.

Some other lesser known scary movies that people put on the list included “Last Shift, Come and See, Audition, Noroi: The Curse, Goodnight Mommy, The Taking of Deborah Logan, The Poughkeepsie Tapes, Bone Tomahawk, Terrified, The Orphanage, The Nightmare, Possum, Hell House LLC, and The Road.

Overall it’s a horror movie lover’s dream list, but honestly though, they left out the scariest movie of them all (which I, like many others, somehow saw as a child and scarred me for life): Magic.

Check out all of the other scariest movies people listed as the ones that frightened them the most over on Reddit, and let us know on Twitter which scary movie tops your list.